Prince Mansion culture plays an important role in Chinese traditions as it connects court life with civilian life. Situated along Qianhai Xijie in Xicheng district Beijing, Prince Gong’s Mansion, best representing the Chinese mansion culture, is the most complete mansion preserved till present and was one of the national key relics under protection. HistoryIn the 41st year during the reign of Emperor Qianlong in 1776, Heshen was about to have his luxurious residence constructed on this land which is by the Front Lake to the east and the Rear Lake (Houhai) to the back, under the so-called name of “He’s Mansion”. It is said the former eunuch Li Guang during the Emperor Hongzhi’s reign in Ming Dynasty, also homed in this location. At 3rd, Lunar January on the 4th year of Emperor Jiaqing, the emperor’s father Hongli perished. On the second day, Jiaqing removed Heshen from his two positions: Minister of Military and Nine-Gate Commander-in-chief, confiscated his property totaling 800 million silver dollar, which equals the accumulation of treasury income for a decade. Therefore there existed a saying that once Heshen fell, Emperor Jiaqing would be full. At 18th Lunar January the same year, which was February 22, 1799, Heshen was sentenced to death by committing suicide. The mansion fell into the hands of younger brother Prince Qingxi, Yonglin who preferred luxurious residence to power. Meanwhile, Princess Hexiao, the daughter of Emperor Qianlong remained living in half of the mansion. It was not until in the first year of Emperor Xianfeng’s reign (1851) that Prince Gong succeeded the mansion to be the third host and rename it the Prince Gong’s Mansion, which was used till present.“Prince Gong’s Mansion tells half Qing Dynasty history”, remarked the historical geologist Hou Renzhi. 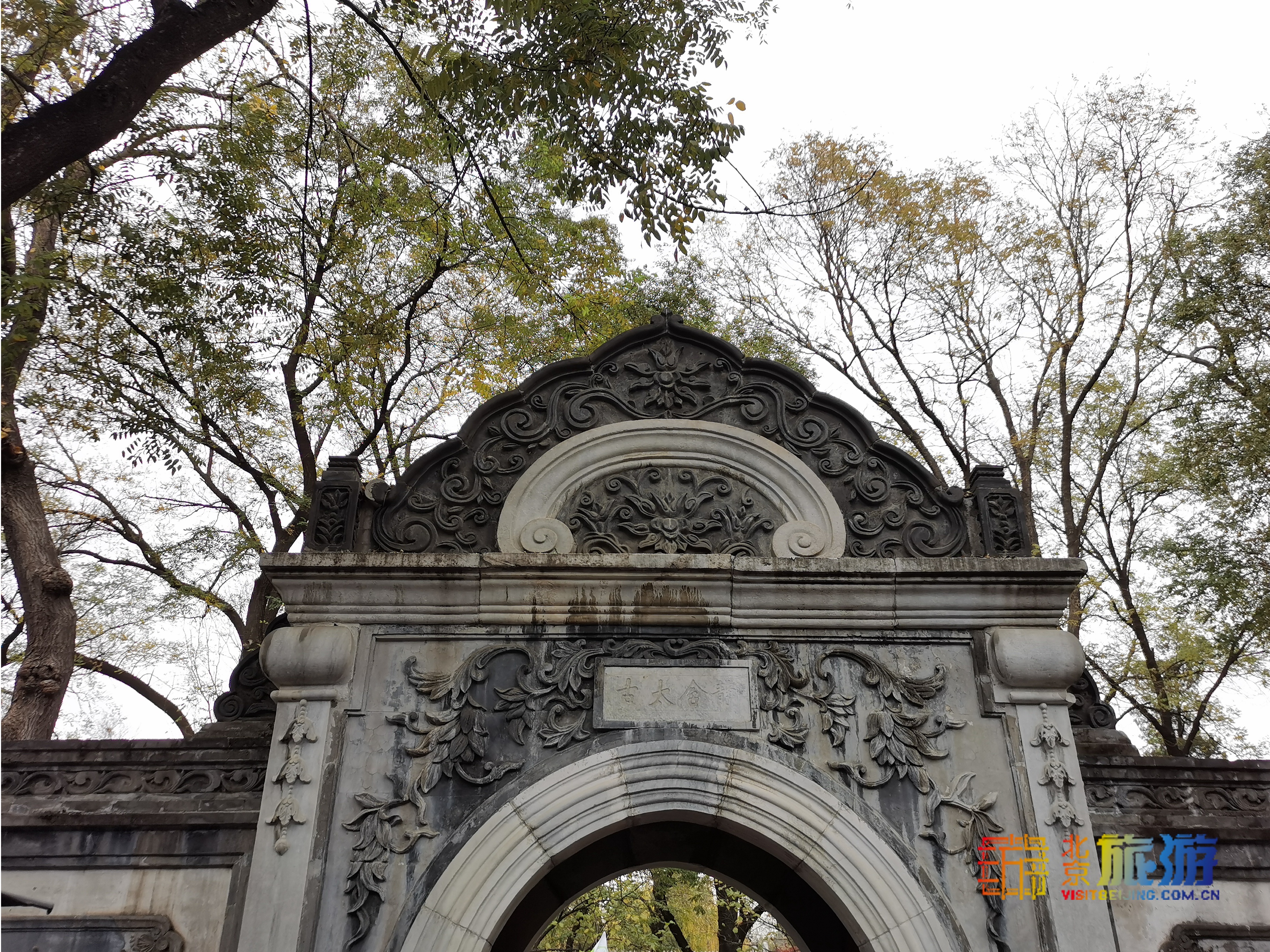 Being the possession of a Prince in the Qing Dynasty, the mansion fully exhibits the combined essences between royal splendor and folk neatness with its neat layout, exquisite skills and many buildings. It’s composed of two parts including the mansion houses and gardens. It stretches 330 meters length from the south to the north and 180 meters width from the east to the west. It covers an area of 61,120 square meters, among which the housing accounts for 32,260 square meters and the gardens 28,860 square meters.Internal StructureThe complex of the mansion can be divided into three parts: in the middle, to the east and to the west. Three categories are confined by strict axis lines and are made up with quadrangle courtyards. Main buildings on the middle path are Yin’an Hall and Jiale Hall, the roofs of which were paved with green glaze tiles to stress dignity and represent the noble identity of the Prince. The main hall in the front yard on the east path is titled Duofu Pavilion, with wisteria that has grown for over 200 years and remained thriving, a rare phenomenon in Beijing. The main hall in the backyards on the east path is named “Ledao Hall”, the living place for the Prince Gong. Quadrangle courtyards on the west path are exquisite and refined, with main halls named Baoguang Room and Xijin Room. Xijin Room excelled all for its grandeur and manner. Its hall is decorated with refined phoebe zhennan partition, in the same pattern as that in the Palace of Tranquil Longevity in the Forbidden City. (Heshen was sentenced to death on twenty accusations. To imitate the pattern in the Forbidden City was one of them.) Down through the mansion, in the deepest end stands a two-storeyed building at the length of 156 meters, with 88 windows on the back wall and 108 rooms inside to indicate 99 rooms and a half, conveying Taoist philosophy that being almost equals fullness.The GardenThe Prince Gong’s garden is named Langrun or Cuijin Garden. Walking there is like wandering between hills and rivers. Like the mansion houses, the gardens are categorized into three parts, the middle, the east and the west. On the middle path, the entrance is a western style arched stone gate in white marble. Centering on a monument with a character "Fu" inscribed by Emperor Qianlong, the place has Dule Peak and Bat Pool in front, Lvtianxiaoyin and Bat Hall in the back, designed in a meaningful pattern. The drama hall on the east path is decorated in a fresh manner. As wisteria flowers blossom, watching dramas under the climbing plant shelf is like a dream. Mingdao House to the south of Grand Drama Tower composed the gardens of garden with other five scenic spots such as where paths meet, favor shade, chanting the fragrance and drunk under the moonlight and Liubei Pavilion. Within the garden abounding with towering ancient trees and exquisite stones, surrounding hills meet with water and winding corridors joint the path. Scenery under the moonlight varies. Many tourists both nationally and internationally are attracted here to search for the smoky history between the verdant hills and water or at the turn of winding path.Situated at the west street of the Qianhai, Prince Gong’s mansion was established from 1776 to 1785. It used to be the residence of the Qing minster Heshen favored by Emperor Qianlong, who was sentenced death on the charge of corruption, after his property was confiscated by Emperor Jiaqing, who then gifted the mansion to his brother. During Emperor Tongzhi’s reign, as the Prince Gong made contributions by helping Empress Cixi with a coup, the Empress thus gifted the mansion to him. Here comes the Prince Gong’s Mansion.Vast in ScaleThe Prince Gong’s Mansion is vast in scale. With an area of about 60,000 square meters, composed of houses and gardens, it contains over 30 complexes in various style and exquisite pattern. The garden, also named Jincui Garden, is an imitation of Palace of Tranquil Longevity in the Imperial Palace, at high artistic level both in overall arrangement and design. The garden is surrounded by rockwork arranged like a Chinese character “shan (山)” (meaning mountain). In the east, south and west are hills accumulated by soil and rock while in the middle is a hill made by rocks from Fangshan, in a tactful manner. The platform at the top of hill is the highest location within. Standing on the platform, one can relish the whole view of the garden.