As the Taoist Holy Place in North China, Yaji Mountain is located in Liujiadian Town of Pinggu District and it is 368 meters above sea level with a total area of 5km2 and an ancient building area of 8404.18m2. It is named “Yaji (the girl’s hair bun) Mountain” because its two peaks are towering like a bun on the head of a girl in ancient times; and it has been renowned as “Golden Peak”, “Ji Dong Tai Dai”, “Jin Ji Fu Di (a blessed place near the capital)”, etc.

The Bixiayuanjun Ancestral Temple of Yaji Mountain has a history of more than 1300 years so far; it was built in the early Tang Dynasty, and valued by the royal family in Ming Dynasty with being given a plaque of “Chi Ci Hu Guo Tian Xian Gong (Tianxian Palace of protecting the country honored by the Emperor)”. Emperor Kangxi and Emperor Qianlong in Qing Dynasty had been to Yaji Mountain for the incense ceremony many times. Especially since the reign of Emperor Kangxi of Qing Dynasty, Yaji Mountain had been seen as the royal family temple, thus it was promoted to prosperity and glory and was honored as “Jin Ji Fu Di (a blessed place near the capital)”. 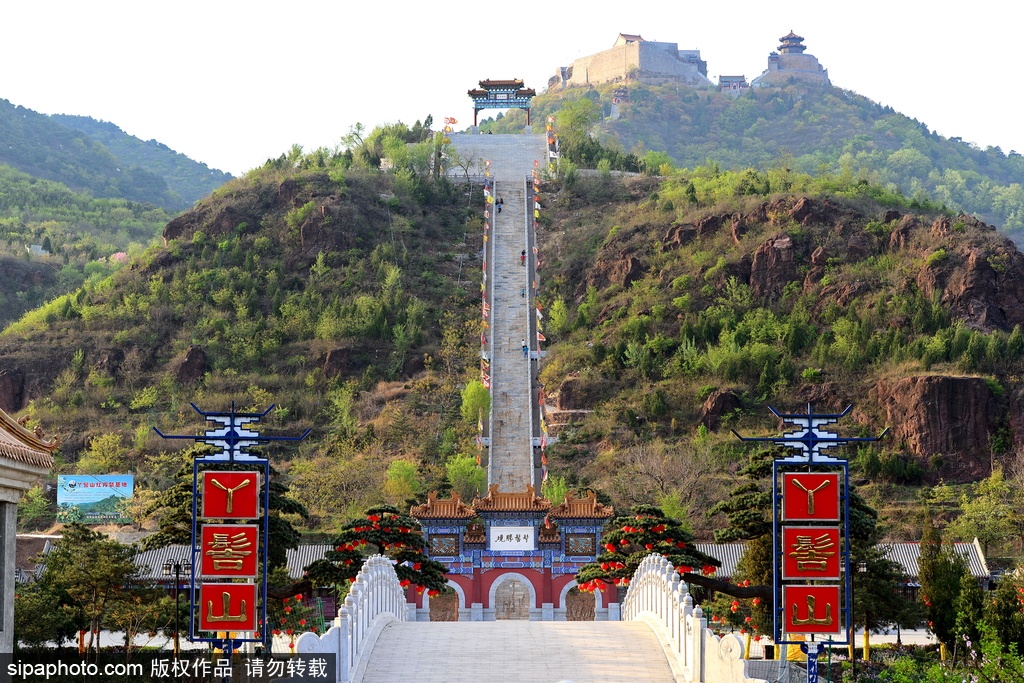