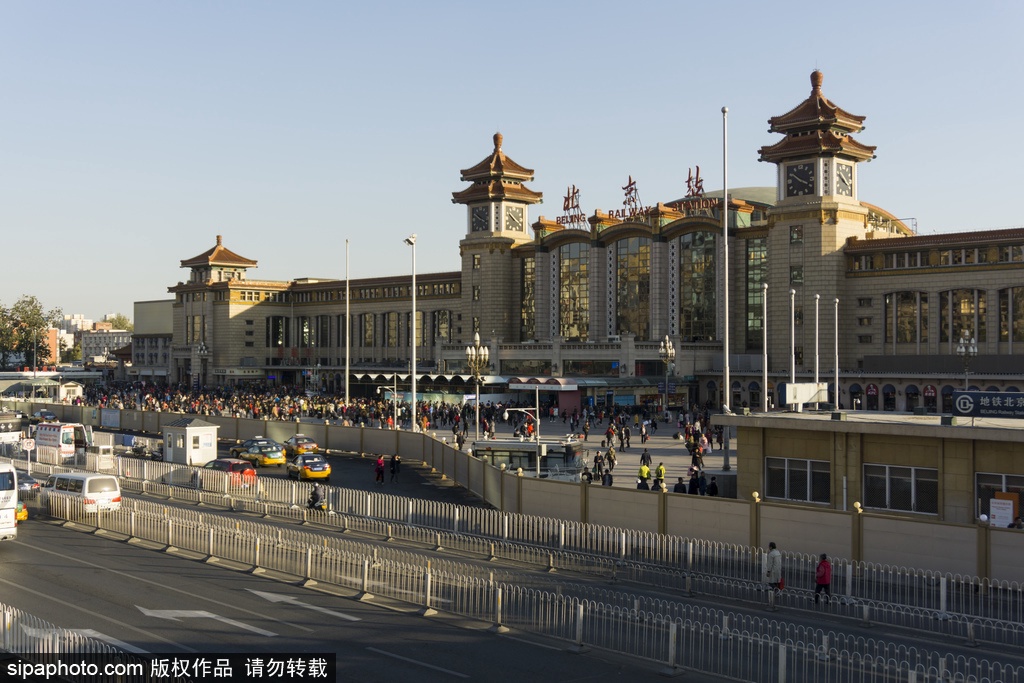 Beijing Railway Station, located between Jianguomen and Chongwenmen in the Eastern Second Ring Road of Beijing, is an intersection of Beijing-Shanghai, Beijing-Harbin, Beijing-Chengde, Fengtai-Shacheng, Beijing-Yuanping, Beijing-Guangzhou, Beijing-Kowloon and other railways.

Beijing Railway Station now has one ticket office, two self-service ticket collection halls, one entrance, and 28 entrance channels, with a waiting area of about 12,000 square meters and a daily capacity of 13,000 passengers who can wait at the same time. There are 14 platforms and 16 train lines, most of which go to northeast China and east China.

Beijing West Railway station mainly runs the general speed and high-speed railway passenger trains from Beijing to Guangzhou, Beijing to Kowloon, Beijing to Baoji and Longhai to 170 cities in the south and east of China, including Sanya, Guangzhou, Kowloon, Kunming, Urumqi and  Chengdu.

Beijingnan Railway Station is located on the north side of Liangshui river at the junction of Xicheng district, Dongcheng district and Fengtai district in Beijing.

Beijingnan Railway Station has 24 arrival and departure lines with more than 5,000 seats, which can accommodate more than 10,000 passengers waiting at the same time.

Ways to get tickets

You can purchase train tickets through the following channels:

3. Purchase tickets at the ticket window of the railway station, at the automatic ticket machine, and at outlets (outlets inquiry).