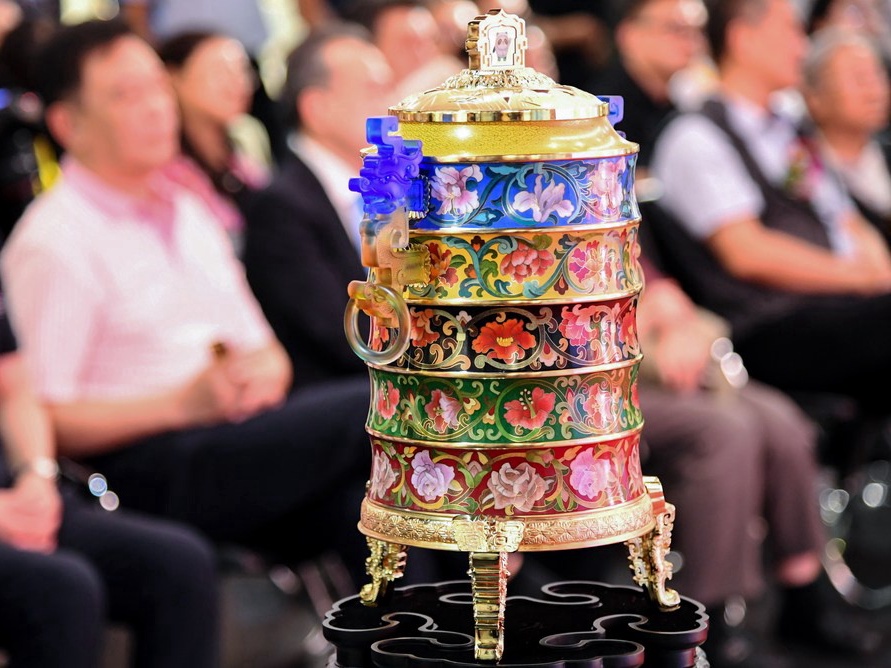 BEIJING, Sept. 10 (Xinhua) -- The enamel Zun featuring the Olympic rings was released on Thursday as a licensed product for the Beijing 2022 Winter Games.

Made of cloisonne, glass and chisel, the enamel Zun, which stands at 43cm tall, is inspired by the Olympic five-ring logo, and the five background colors are taken from the colors of the five rings respectively.

The bamboo shape means "getting higher and higher." The cover button is taken from the traditional Chinese wishful shape, wishing the Beijing Winter Olympics a resounding success.

The enamel Zun also features the designs of the "Bird's Nest", which staged the opening and closing ceremonies of the 2008 Olympics, the Temple of Heaven and the Dajingmen in Zhangjiakou, one of the four major passes in the Great Wall.

Cloisonne is an ancient technique for decorating metalwork objects. In recent centuries, vitreous enamel has been used, and inlays of cut gemstones, glass and other materials were also used during older periods.