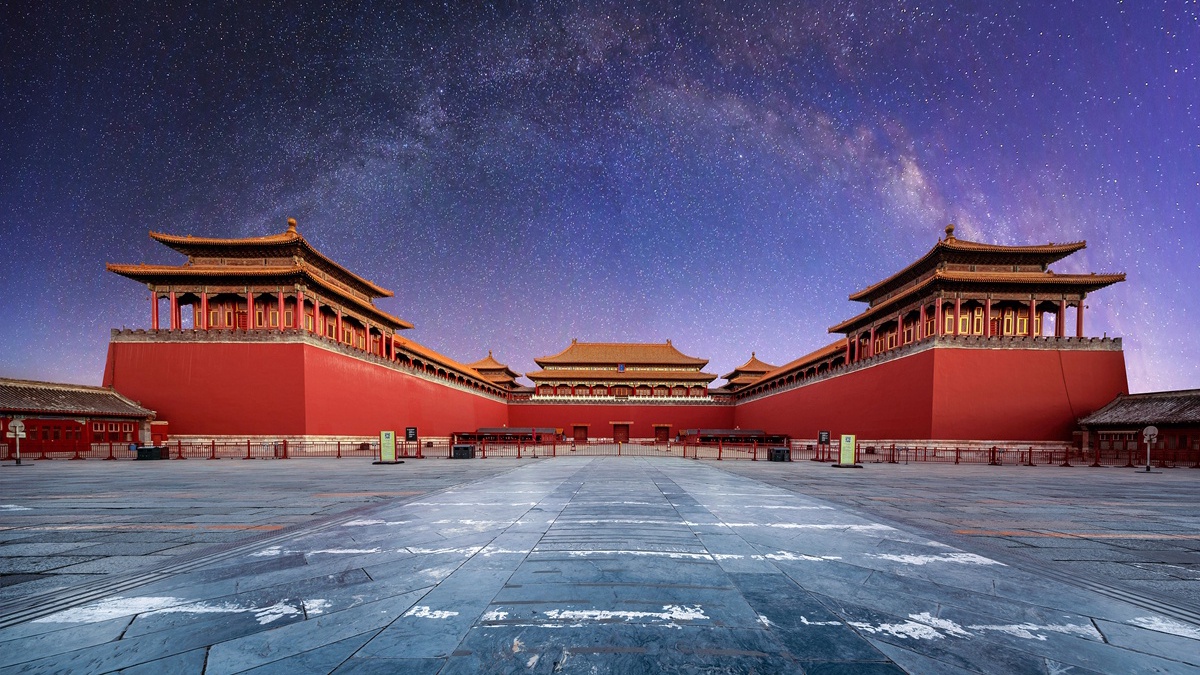 The Forbidden City is the former Chinese imperial palace located in Beijing, the capital of China. It was the state residence where Chinese emperors lived from the Ming Dynasty (1368-1644) to the end of the Qing Dynasty (1644-1911), as such served as the ceremonial and political center of China throughout that time. In 1926, it was opened to the public as the Palace Museum and in 1987 was listed as a UNESCO World Cultural Heritage Site. It is home to more than 1.8 million pieces of art, mostly from the imperial collection of the Ming and Qing dynasties. As 2020 marks the 600th anniversary of the completion of the Forbidden City, the Global Times would like to share with readers more details about the site. 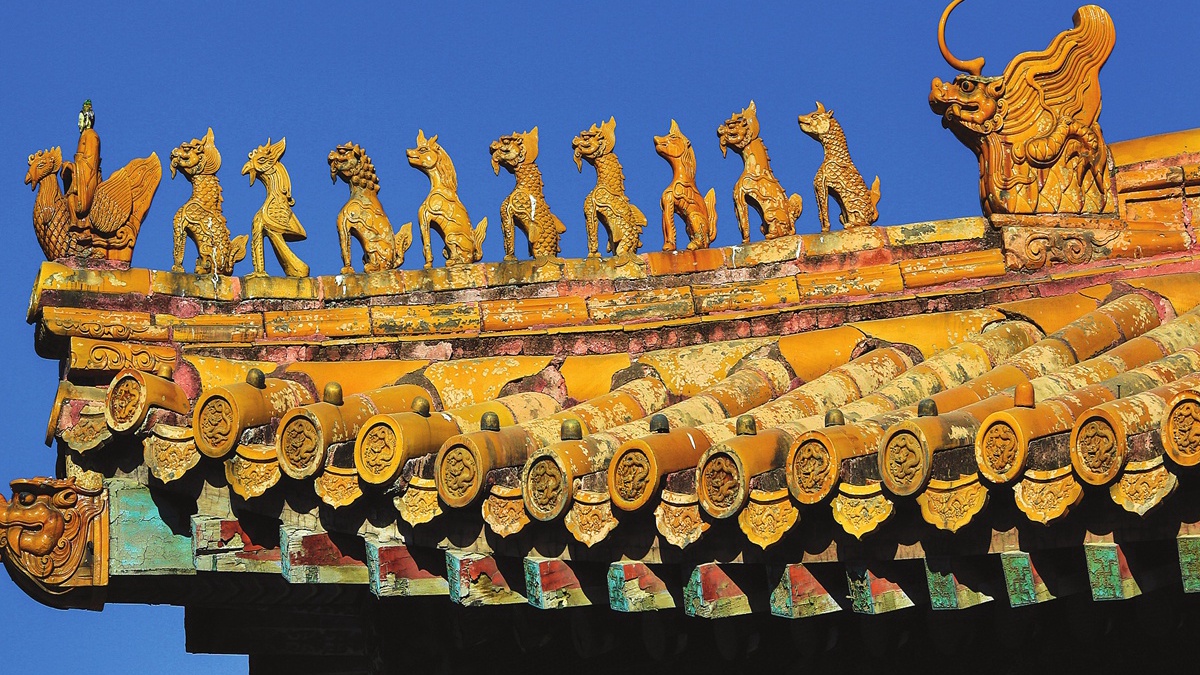 Mythical animals decorate the roof of the Hall of Supreme Harmony Photo: VCG

Aesthetic balance of architecture in the Forbidden City

The Forbidden City consists of an outer and inner courtyard.

Among the three remarkable architectural opuses, the Hall of Supreme Harmony, which has a total of 72 pillars supporting its double-eaved roof, is the largest existing wooden construction in China.

The vermilion red and golden ginkgo yellow are the main colors used to decorate the buildings in the Forbidden City. These two prominent colors convey majestic royal ambience and symbolize the supremacy of the emperor as well as the masculine charisma of the Forbidden City.

In the contrast to the three main structures in the Outer Court, the inner courtyard embraces architecture that is tranquil with feminine elegance and delicate designs.

The inner area of the Forbidden City was designed for the private use of the emperor and his family. The Palace of Heavenly Purity, the most spacious building, was the residence of the emperor.

The palace has a throne that sits beneath a tablet with the motto "Let the righteous shine."

Past and present exhibitions at the Palace Museum 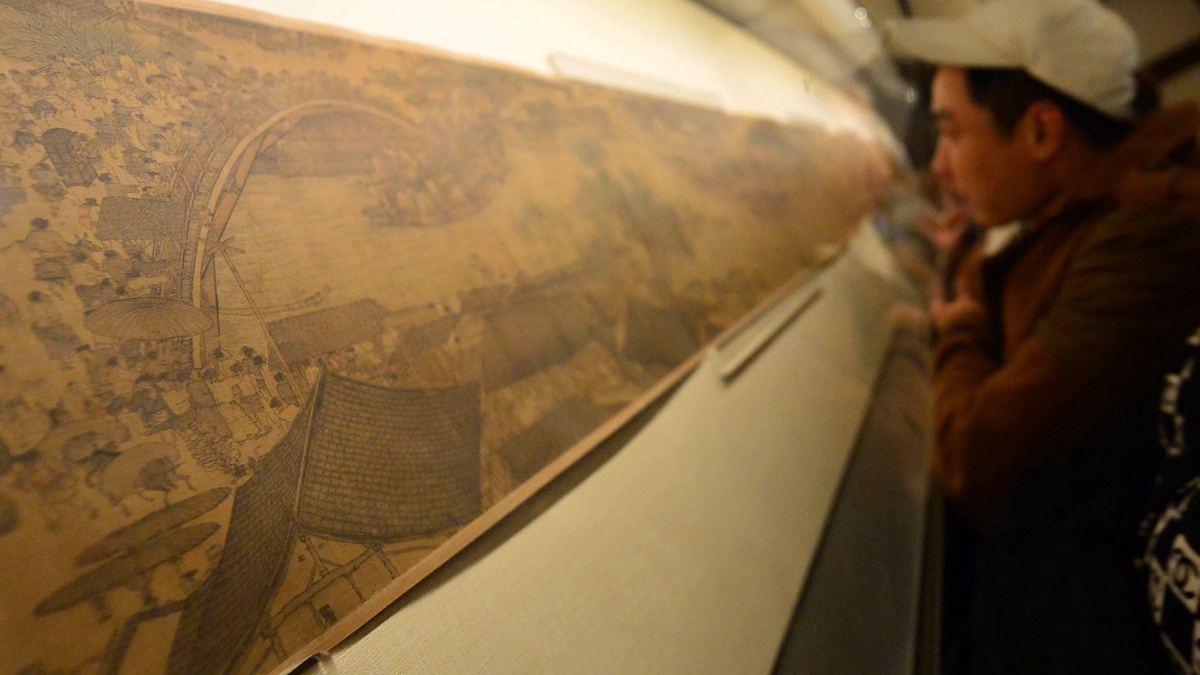 A visitor examines the paintingAlong the River During the Qingming FestivalPhoto: IC

Last put on exhibition in 2015,Along the River During the Qingming Festival

by Song Dynasty (960-1279) painter Zhang Zeduan is one of China's most renowned paintings. A window into the past, the painting shows viewers how ancient Chinese celebrated the traditional Qingming Festival about 1,000 years ago.

In 2017, the Palace Museum put on displayA Thousand Li of Rivers and Mountains

. Painted in 1113 by Song Dynasty artist Wang Ximeng when he was only 18-years-old, the 11.9-meter-long scroll depicts beautiful natural scenes containing mountains and birds. It is regarded as one of the greatest paintings on silk. To celebrate the 600th anniversary of the Forbidden City's construction, the Palace Museum is holding a special exhibition at the Wumen, or Meridian Gate, exhibition hall. The largest exhibition to be held since the COVID-19 outbreak, it will run till November 15.

The Forbidden City in TV and film works 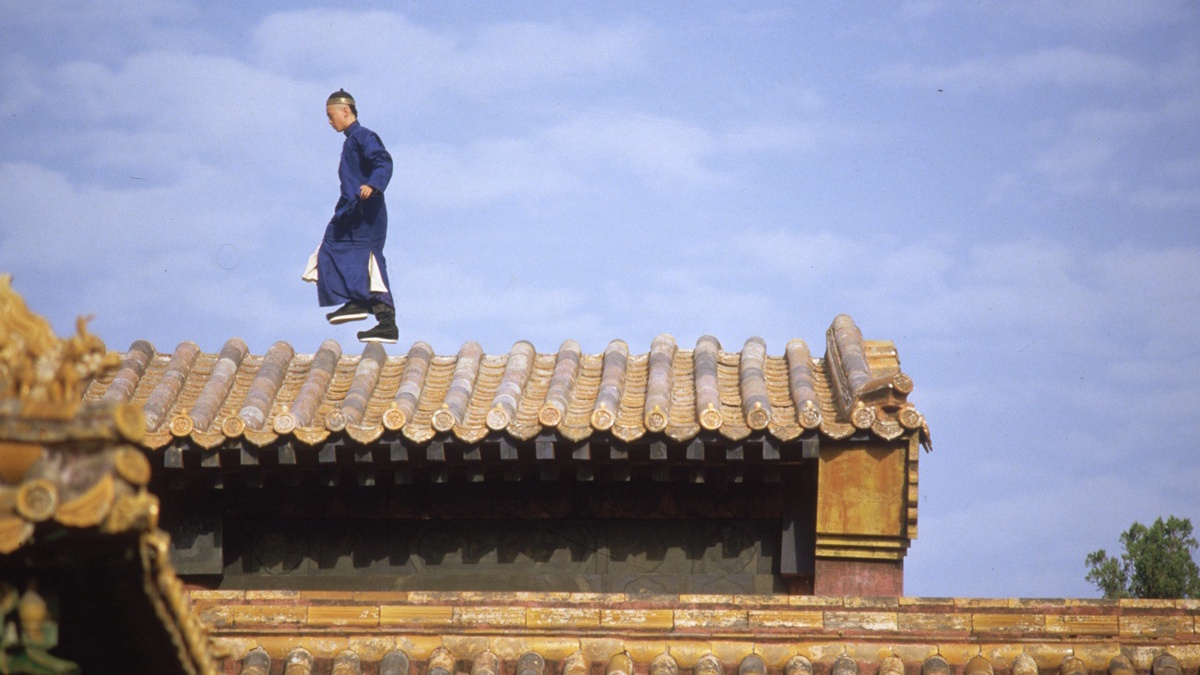 Chinese dramas and films are obsessed with telling stories that take place in the Forbidden City, exploring both the happiness and sadness of past emperors.The Last Emperor

The film about the life of Pu Yi, China's last emperor, won nine Oscars, including Best Picture and Best Director, at the 60th Academy Awards.

On film platform IMDb, the film has a 7.7/10 with one user calling the film "a great artistic achievement."

is a monumental, perfect film, and stands as one of the great artistic achievements in any artistic medium…Visually the film is stunning especially the scenes in the Forbidden City. It was the first film to receive permission to film in the Forbidden City. The film can be enjoyed on the first viewing but really demands more than one viewing and some knowledge of history."

A remastered version of the film will be released in the Hong Kong Special Administrative Region on September 17.

Although not all dramas and films have access to the real Forbidden City, that hasn't stopped them from trying to recreate palace life in the Ming (1368-1644) and Qing (1644-1911) dynasties, such as the world famous drama seriesStory of Yanxi Palace

The 2018 drama tells the story of a smart girl from a humble background who manages to rise through the ranks of the emperor's harem to win both his love and respect.

Turning relics into cultural products at the Palace Museum 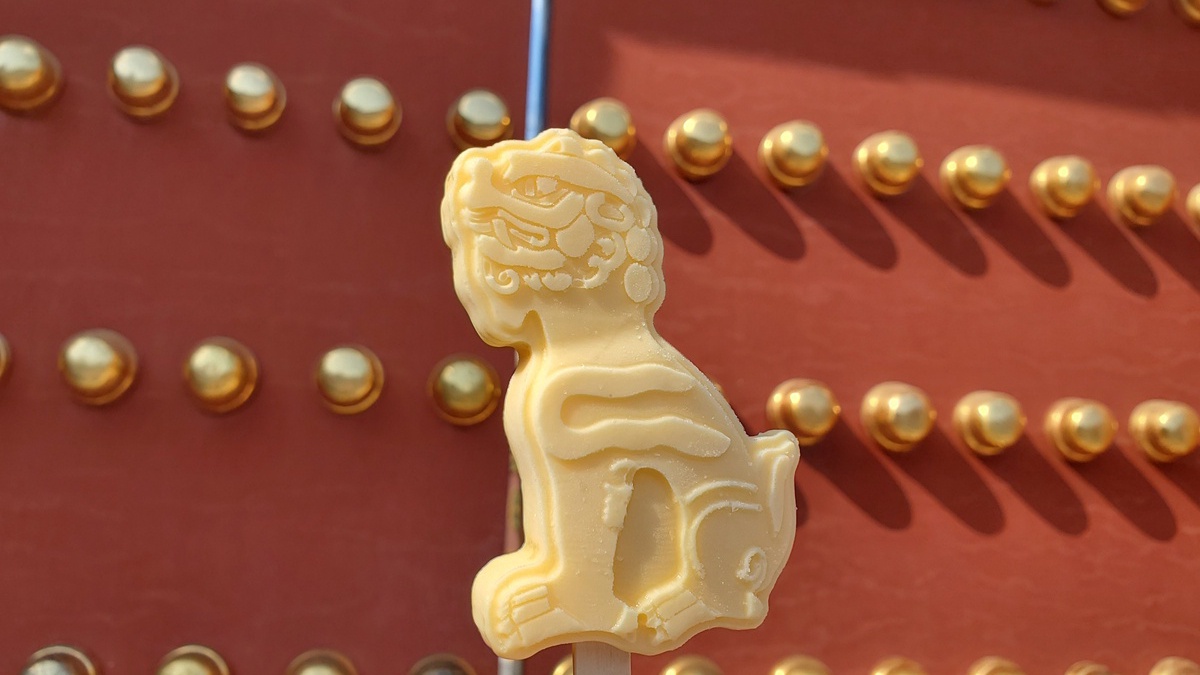 A lion-shaped popsicle from the Palace Museum Photo: VCG

Although it is ancient, age hasn't stopped the Forbidden City from trying to build bridges with young people through a variety of cultural products, including souvenirs, cosmetics and even food.

For instance, a Lantern Festival light show in the Forbidden City created a social media frenzy in February 2019. The event proved so popular that the online ticket booking system for the Palace Museum, which is housed in the Forbidden City, suffered a temporary crash as people rushed to grab the 3,000 free tickets.

The event also marked the first time the former royal palace was open to the public for free at night.

After establishing online stores on e-commerce platforms, the Palace Museum moved into the fashion arena with its very own cosmetics line. 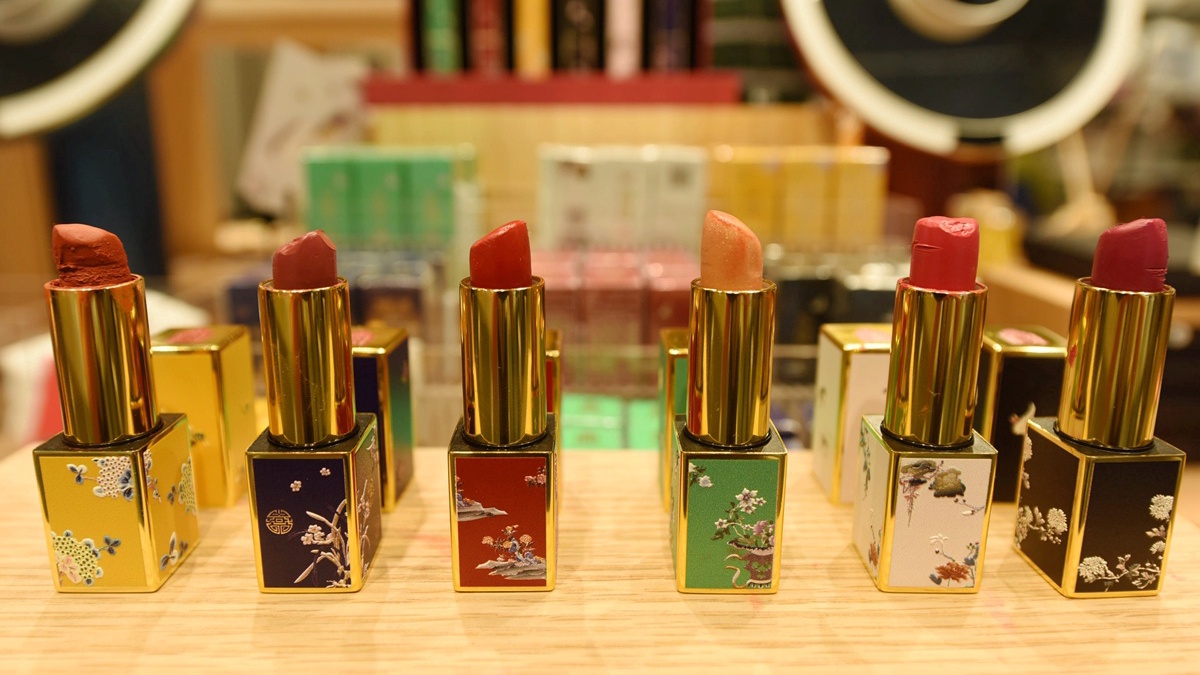 In December 2018, the museum released its own brand of lipstick, which sold out in just two days. Other Palace Museum cosmetics, such as eye shadow, have also sold well.

Dining venues at the museum have also gained a following. Long lines are common in front of the Palace Museum Cafe, where young people enjoy taking pictures.

Additionally, after the Palace Museum's Corner Tower restaurant announced a new "royal hot pot meal" in February 2019, the wait for a table was several months long.

The museum has also launched popsicles modeled after the stone lions that guard the doors of the Forbidden City.

Shan Jixiang, the former head of the museum who was a major force in increasing the popularity of the museum during his tenure, told media in 2019 that the museum has developed 11,900 cultural products related to all aspects of people's daily lives. 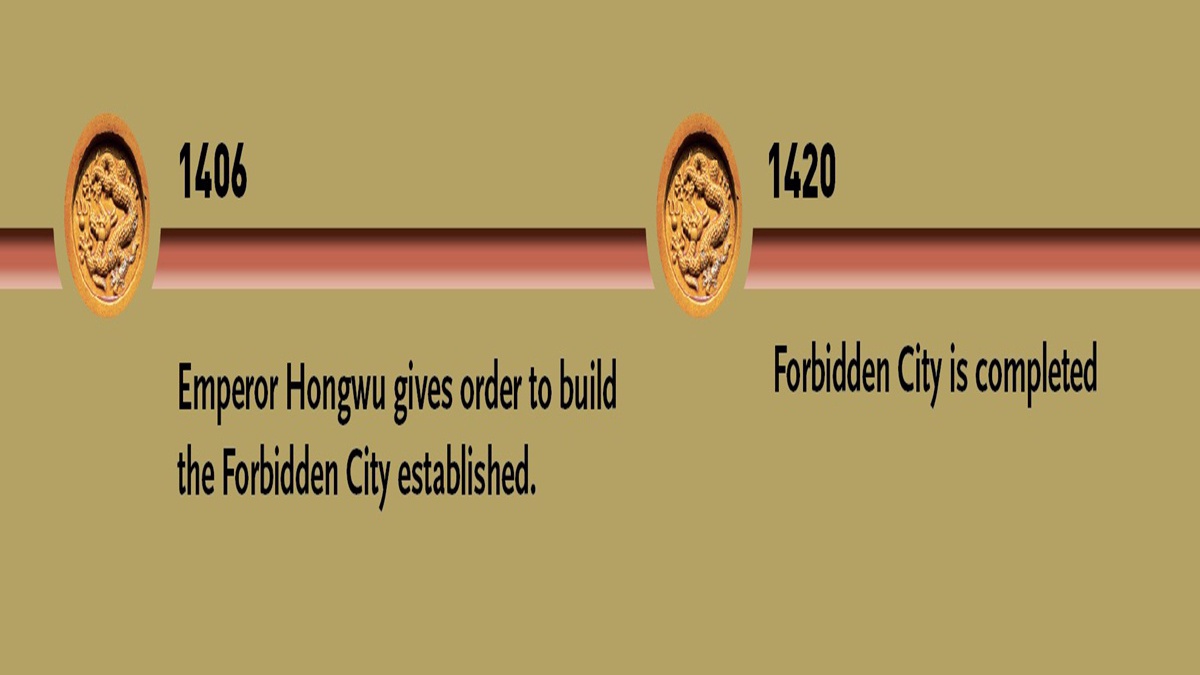 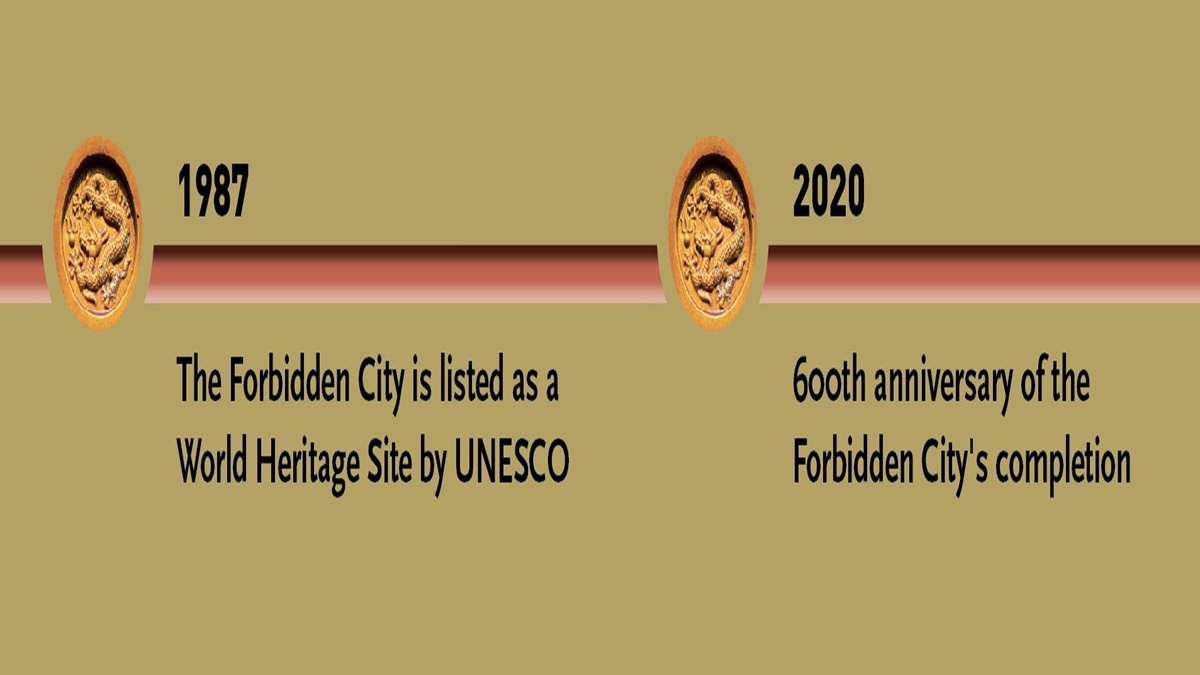