Great! This park, which is regarded as "back garden" by Beijingers, has added so many items

There are so many parks in Beijing, from royal gardens to international sculptures. However, such a free park has always been regarded as one's own back garden. The park we are talking about is located at the junction of Fengtai, Haidian and Xicheng, which is regarded as the back garden of the local people.

This park, which has a longer history than Beijing, now has 11 new scenic spots, each of which is so beautiful. Would you like to go and have a look? 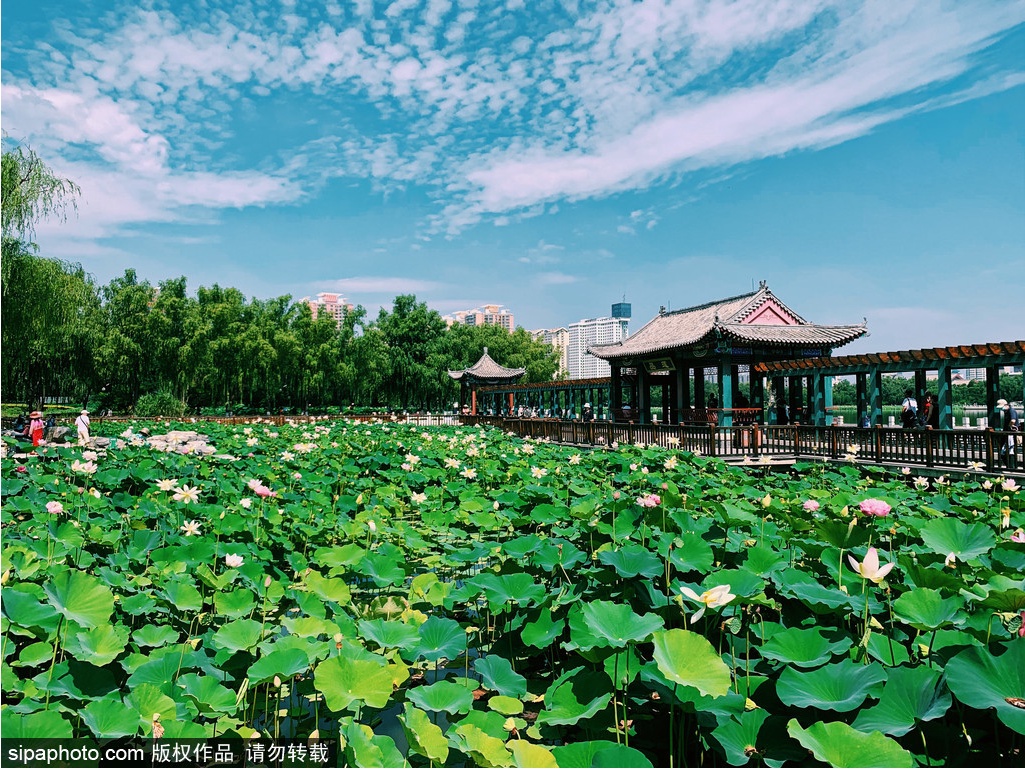 In every corner of the park, roses and lavender are already in full bloom, turning the park into a sea of flowers. On the side of the road, not only do you have green willows to shade you, but also the fragrance of flowers. From time to time, people who run and exercise stop and take out their mobile phones to take pictures.

In the southeast of the park, an area of about 4.3 hectares has been surrounded since last year, making people wonder what is going on inside. Now, the mystery has been solved. It turns out that this is the demonstration area of Lianhuachi park's color enhancement and green extension innovation project. Here, 11 new scenic spots have been added, which can be said to be beautiful. These scenic spots, with the water system of lotus pond as the core and green ecology as the concept, really create a good place for everyone to relax.

In the whole demonstration area, the water system runs through the whole line, and several wooden trestle roads and small bridges are used to connect the two sides. The wide lake reflects the blue sky and white clouds. It's not so beautiful. There are also several suitable places for taking photos here. For example, these two "iron cages" look like bird cages. It's really impressive to take photos inside. This underwater corridor must also be an internet famous scenic spot. It is made of glass. Half of the corridor is underwater. You can see the fish and water plants and lotus leaves in the water. It has a unique style and makes the passing people take photos. In addition, the surging waves are emerald. It looks like a rockery. In fact, it is a waterfall. The water in the whole area comes from here. However, due to the road, we can't get close to it. There are also ecological pavilions, which are made of straw. They are really environmentally friendly.

This park is open for free, which makes the surrounding people happy. If you want to come here to see these new scenic spots or to see the lotus in July, it is also very convenient. You can take Metro Line 9 and line 7 and get off at Beijing west station. You can see it when you get to the South Square. You can also take bus No.300, No.300, special 8, etc. to Liuliqiao North Lane, you can get off and get there. It's very convenient.

In Lianhuachi Park, whether it is the people who play ball and run, or the masses who play the musical instrument or sing, when they have time, they all praise that "the park near home is more and more beautiful!"