There is no need to make an appointment and it requires to enter the park with health code.

The road is smooth and there are few tourists, so it is suitable for wandering.

Go further and you'll see a lot of open water. Pavilions, bridges and waterside pavilions, together with the lotus in full bloom in the lake, are ancient and beautiful.

If you take a closer look at the tower, it is not an imitation, but a solid cultural relic. It is the lantern tower built in the northern and Southern Dynasties, which has a history of 1500 years.

The park is not big. It takes 20 minutes to half an hour to walk around the lake.

The fish swimming in the lake add some vitality to the park. Take the fish food and the children can feed it for a long time. 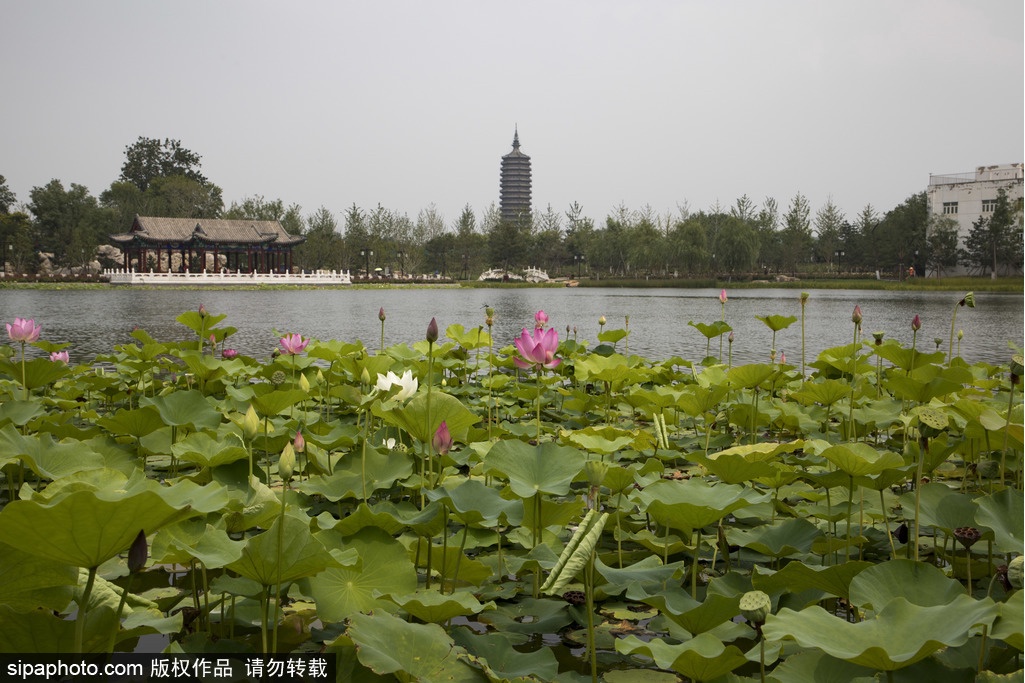 In addition, there is a small bunker for children to kill time.

Since it has just opened, the park is clean and tidy, and the environment is very good. In fact, Xihaizi Park was built in 1936, which can be called a historical recorder. In some corners of the park, it is not difficult to find traces of history.

At present, part of the park has been opened, which is not large. It can be done in an hour. If it's too hot in the day, you can also visit at night. Looking at the pictures sent by netizens, the night scene is also very beautiful.