Mei Lanfang’s Former Residence which has been preserved as Mei Lanfang Memorial is situated at No.9 Huguosi Street of Xicheng District in Beijing and covers an area of 716 square meters. 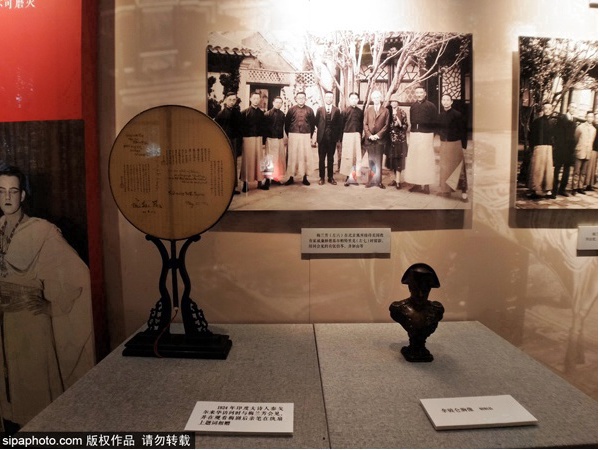 There are four showrooms in the hall. The first showroom in the outside yard displays selected pictures and materials about his artistic life and social activities. The inner second showroom displays some theatrical costumes, stage property, cultural relics and documents that he used in his career. The third showroom displays calligraphy, paintings, and gifts that people gave him. Another showroom is used for special exhibitions.