Yanqing Self-driving Tour: Looking for the Past——Exploring the Mystery of History and Sense of Culture in Ancient City

Yanqing is located in the northwest of Beijing at the foot of the majestic Great Wall and on the banks of the beautiful Guishui River. It is blessed with the best air quality, the highest forest greening rate, the best clean index, the largest wetland area, and the richest tourism resources among the 16 jurisdictions of Beijing. Yanqing is one of the first national demonstration zones for holistic tourism, the venue of the 2019 Beijing World Horticultural Exposition, and one of the three major competition areas for the Beijing 2022 Olympic Winter Games. This year, Yanqing District was successfully selected as one of the top 5 “2020 Destination Tourism Wish Index” released by Ctrip.com. Therefore, Yanqing’s tourism resources are very rich and of high quality.

Currently, there are three highways entering the hinterland of Yanqing: Jingxin, Jingli, and Jingzang, as well as the well-known “Train to Spring” Line S2, and the opening of the Beijing-Zhangjiakouo high-speed railway has also included Yanqing into Beijing’s one-hour life circle. It has opened up traffic barriers and the choice of multiple modes of transportation has greatly improved the convenience of coming to Yanqing. Today, we would recommend to you the second route of Yanqing self-driving tour: Looking for the Past——Exploring the Mystery of History and Sense of Culture in Ancient City Known as the “eternal mystery”, the Ancient Cliff Dwellings is a magical and magnificent cultural relic left by the ancients in the long history of Yanqing. There are eight sites like this in the foothills of Haituo Mountain, but this one is the largest, the highest, the best preserved and most concentrated. There are 137 stone chambers that remain preserved today. Taking advantage of their own geographical locations, they are naturally divided into three parts: front, middle, and back. Suspended along the cliff wall of 100,000 ㎡. They are distributed from up to down, scattered like a natural cottage. The hotel has an area of about 300 ㎡ for tourist reception, divided into two floors, with folk-style decorations.

Special 1: Iron Pot Chicken Stew. Free-range chicken has a tender and juicy taste, and is accompanied by the twist-shaped dough rolls on its top. With the deliciousness of the chicken, you will find them a golden partner.

Special 2: Iron Pot Fish Stew. The fish here is kept alive before cooking, and tastes properly salty, fresh and fragrant. The most traditional way of eating is accompanying it with cornmeal pancake, which is crispy outside but soft inside.

Address: South side of the parking lot at the north entrance of Yongning Ancient City

The Yuhuang Pavilion is built in the centre of the cross street in theYongning Ancient City. As the city’s landmark, the Yuhuang Pavilion has a even longer history of more than 1,300 years. Yongning was prosperous in the Ming and Qing dynasties, with more than 80 shops in the city. Businessmen here are from Shandong, Guangzhou, Shanxi, Inner Mongolia, etc., and there used to be countless of merchants and customers on the street. Surrounded by mountains and water from north to south, Jinjiwa in the east, and Jinniu Mountain in the west, it is blessed with beautiful scenery and a pleasant climate. 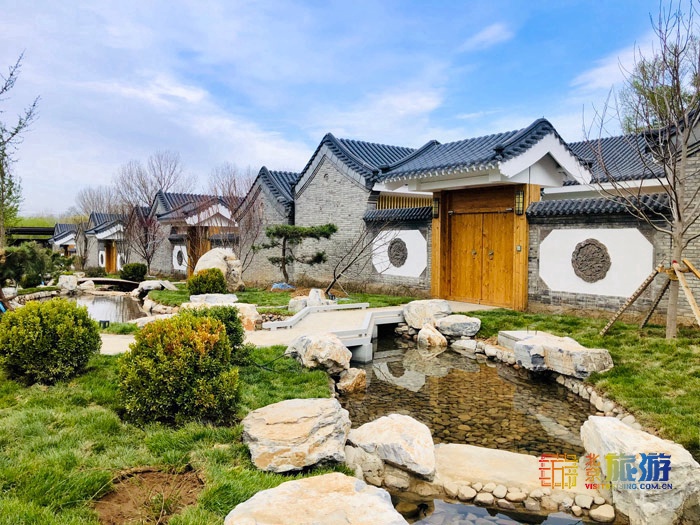 Longyuanli Hostel is located in Shangmo Folk Village in Yongning Town, Yanqing District. In the green mountains and surrounded by clear waters, the village is known as “the No.1 Village at the Origin of Guishui River”. With its unique environmental advantages, you will find the hundreds-year-old Huanglong Ancient Temple right in front of you, and endless farmland on beside. There are meeting rooms, studios, study rooms, kitchens and dining rooms. Guests are provided with a variety of thoughtful kitchen and other services. 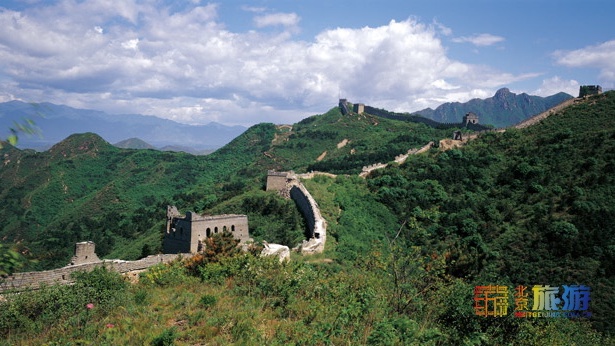 5km southwest of Badaling is the western gate of the Badaling Great Wall defense system - the ancient Great Wall Scenic Area in Badaling. High mountains, deep trenches and ravines, the Great Wall is continuous, with fortress facing each other. The building is preserved as original, but you can still find the majestic view in the broken walls and the ruins. Throughout times, it tells tells the vicissitudes of history and the ancient battlefield of the past days...

According to research, two sites of archaeological value were found in the Badaling ancient Great Wall. One is the stone yard based on which the Great Wall was built. The cleaved giant rock is clearly visible, and the stone has not been processed. The other site is the brick kiln group where bricks were fired. You can never get enough natural scenery from the Badaling Ancient Great Wall. Every spring, the “Apricot Blooms Hill” is filled with silver waves of flowers. The “Chaste Flower Valley” will merge into a blue ocean in summer, with occasional breezes and waves... They are there to decorate as well as protect the Great Wall!