Movies About the Epidemic

We may have imagined what 2020 will look like for countless times, but surely we never thought it would be such a tragedy. Novel coronavirus pneumonia has changed the pace of life. In the history of films, there are many excellent films about the virus. Watching these popular science films, we will get to know more closely the viruses that we live with day and night and the disasters in human history, and also make you and me more rational and calm, and cherish the health and happiness we have now. 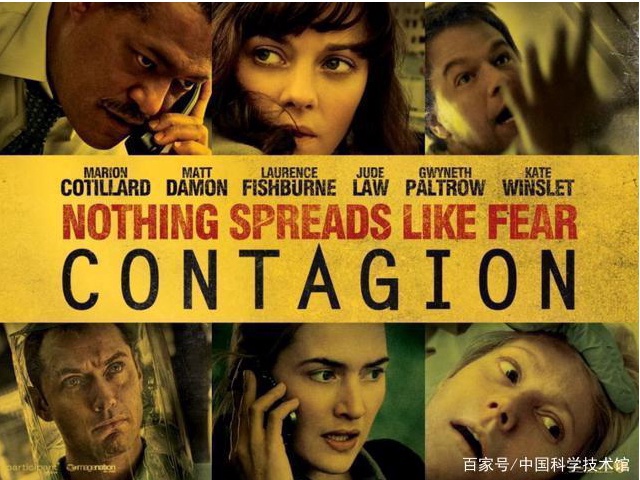 The film tells the story of a new deadly virus sweeping the world in a few days. Beth dies of a sudden illness after returning home from a business trip in Hong Kong. Her husband, Thomas, assists Dr. Erin Mears in the investigation. What's terrible is that patients with the same disease appear on a large scale all over the world, and the virus is constantly spreading. Allen, a conspiracy journalist, takes the opportunity to spread opinions against the government and medical institutions. Dr. Leonora Orantes is sent to Hong Kong to investigate the cause of the disease, but is taken hostage by Huang Jinghan, a local doctor, in exchange for vaccines. With the efforts of Dr. Ellis Cheever and young doctor Ally hextall, a vaccine for the treatment of the virus is finally developed, and the incident is finally over

The movie shows that a group of Southeast Asian stowaways have come to South Korea through difficulties and dangers, but almost all of the stowaways in the whole container have died, and only one person drags his weak body to escape into the downtown. It's not surprising that this person carries the deadly swine flu virus. In just one day, the virus quickly spreads all over the city. Many people are unconsciously infected, which leads the shadow of death to all the people around them. Jin Renhai, a beautiful female doctor, is a single mother. She is rescued by Jiang Zhijiu, a fire fighter, in a car accident not long ago. However, she is scolded by her superiors for losing important papers and materials. During this period, the younger brother of the leader of South Korean gang is sent to the hospital in Renhai for treatment due to the flu. After diagnosis, the cause of the flu is finally found. The container with dead bodies is undoubtedly the key to find the source of the disease. Before long, the swine flu virus breaks out and spreads geometrically, and the people enjoying peace faces the unprecedented disaster 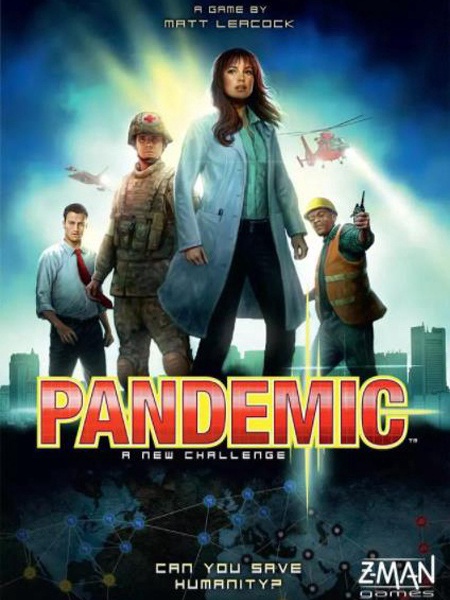 The epidemic from northern Australia is brought to Los Angeles by a young man. Some passengers on the plane are unfortunately infected. The virus spreads rapidly through the crowd. The situation is critical. The army, media, police, medical institutions, municipal government, gangs and ordinary people are involved in this war without smoke of gunpowder with different roles. In the critical moment of life and death, the good and evil of human nature will be exposed.

Revenge of the Rats

The city of Frankfurt is hit by a heat wave, and workers in the city go on strike one after another. The problem of rats is caused by a mountain of garbage. Rats are everywhere in the city. What's more, they are carrying an unknown deadly virus. Dr. Katrin rushes to develop an immune vaccine to save the people. But Frank, the disaster controller, understands that the traditional method of deratization is not feasible, and the only way to save it is to go to the rat hole alone. 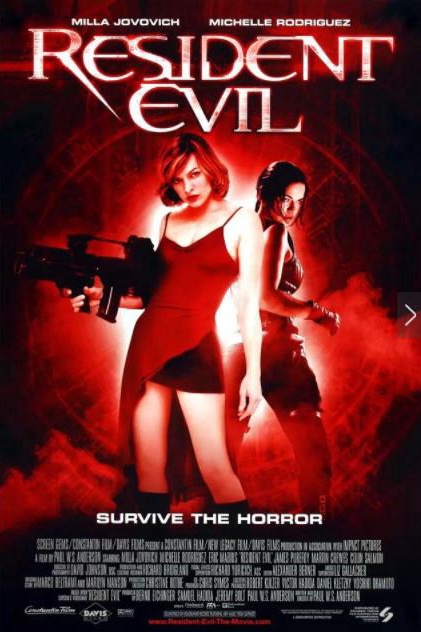 The Umbrella corporation, which studies chemical and biological weapons for the military, has a huge research center in the underground of Raccoon City, the Hive. Due to an accident that causes the leakage of chemical and biological weapons that can be transmitted through the air, the computer system "Red Queen", which is responsible for Hive security, starts emergency measures, but hundreds of staff are killed.

Four hours later, Alice, a Hive security guard, wakes up at the exit of the Hive and loses her memory due to hypnotic gas. A team of special force that are ordered to shut down the "Red Queen" come here and team up with Alice, Anderson, who calls himself a policeman, and Parks, a Hive worker. This group of people are attacked by the security system and the zombies because of the conflict between the mission target and the Red Queen. Alice's gradually recovered memory reveals her unusual connection with her fellow travelers.

An unpredictable adventure, a nightmare that is hard to get rid of, an unstoppable train, a game of life and death against humanity. In the early 1980s, a classic disaster film.produced by Britain, Germany and Italy, was released in China, which left a deep impression on the Chinese audience with its unique creativity and gripping plot. 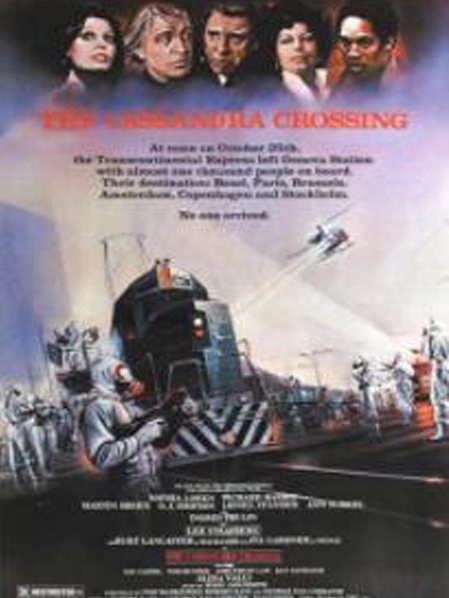 Two terrorists try to blow up the international health laboratory, but when they get there, one of them is shot dead by the police. The policeman accidentally smashes the virus in the test article and splashes it on another terrorist, who takes advantage of the chaos to escape by train.

The virus spreads very fast, and soon many passengers on the train are infected. To keep the virus from infecting others, the international police control the train and plan to destroy it when it reaches the Cassandra bridge. The scientist in the car has cured many people on the train through his own experimental methods, but his superior doesn’t believe him. At last, the scientist has to use his own method to solve the problem…

The Flu That Killed 50 Million The film, a BBC Documentary, shows how the 1918 Spanish pandemic spread through human society and killed 50 million people.Now, the technology and medical level of human beings have been improved, and many once incurable diseases can be cured. But in the face of virus, the most effective way is still quarantine. This documentary is a science popularization, a review and a prediction. History is always strikingly similar.

In 1967, in the Zamotaba valley of Africa, the mercenary barracks of the United States are ravaged by a sudden disease, and the number of deaths continues to rise. After the military doctors take the infected blood samples and left, the whole military camp is destroyed by bombs, and the white faced monkeys in the nearby woods give out bursts of shouts… 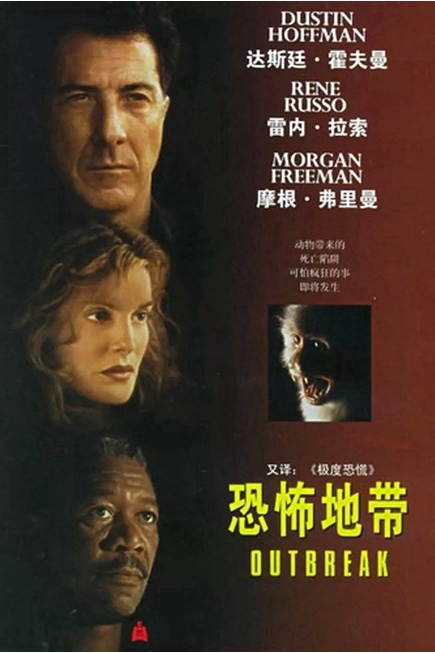 Until the 1990s, an American young man catches a small white faced monkey in Zaire, Africa, and brings it back for sale. He sets the monkey free because it doesn’t meet the buyer's requirements, and then a new disease spreads in San Francisco's Cedar Creek town. Sam, the colonel of the American Institute of Infectious Diseases, receives the news and immediately starts research and treatment with his wife and colleagues. As the disease is highly contagious, the government has sent out troops to block the town, and those who want to escape will be killed. At this time, a batch of confidential infected serum is sent, but Sam and his colleagues find that the serum can cure the disease in 1967, but it has no effect on the now mutated virus. Before long, Sam's wife is unfortunately infected. When her life is in danger, the government also makes a decision to bomb the whole town to eliminate the virus. Time is imminent. Sam finds out the source of the virus, he must rush to find the original virus carrier before the dropping of bombs. 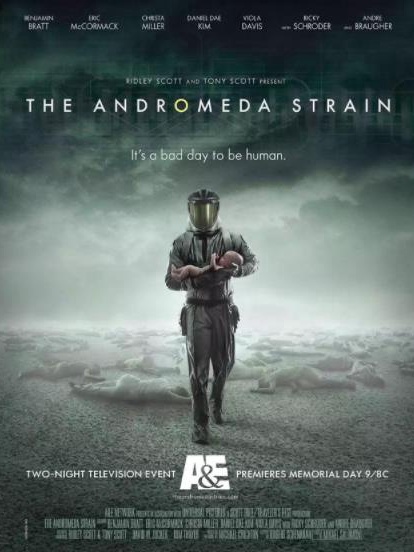 In the small town of Piedmont, Utah, a man and woman are dating each other on the mountain when a satellite drops. The curious two bring the satellite back to the town, but they do not know that they also bring a terrible disaster back to the town. Suddenly a terrible virus breaks out in the small town, and people die for unknown reasons. In order to prevent the virus from spreading to other cities, the army block the town and send a scientific team named "Andromeda" to find out the source of the disease. Members include Jeremy, an infectious disease scientist, Angela, a space biologist, TSI, a microbiologist, and Charlene, a pathologist. At the same time, a reporter named Jack seems to be searching for the secret. 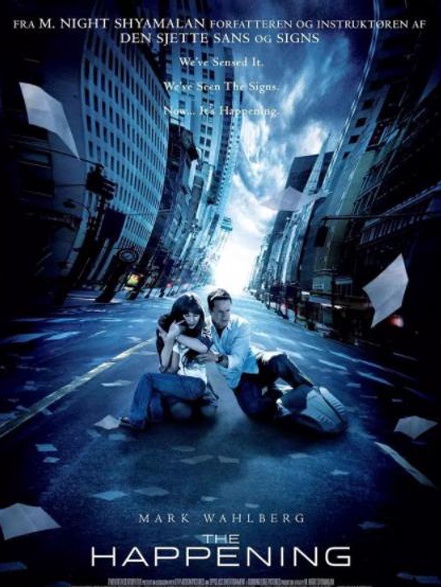 The earth is the surviving home of human, and it is constantly plundered at the same time of supply. When the patience of the earth reaches the limit, what will happen to human beings?

In recent days, there have been many bizarre deaths in several major cities in the United States, the scene of which is bloody and weird. How do these people die? Suicide or homicide? Why? Everything is in a fog. Elliott is a middle school teacher who studies science. This series of events attract his attention. He thinks it is not coincidence. More large-scale human deaths have occurred. Death spreads like a virus among citizens. For a while, the population in the city almost disappears. Elliott, his wife Alma and a group of friends start their escape in a car. What are they trying to avoid? They don't even know.