Traditions you may not know about Mid-Autumn Festival in China 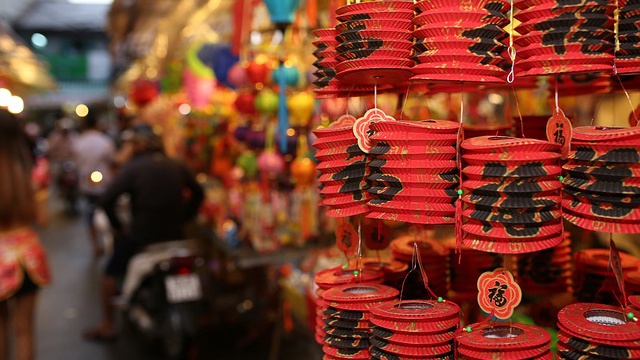 Since ancient times, there has been a tradition of worshiping the moon in Mid-Autumn Festival in China, which stems from the deification of the moon by the ancients.

Nowadays, this tradition is disappearing. It's rare to see families worshiping the moon in big cities. In some old towns or tourist cities, people will hold a ceremony to worship the moon in a square, park, or street, but this is more like a performance.

In ancient times, watching the tide on the Qiantang River in East China's Zhejiang province was another grand event of Mid-Autumn Festival. The tide is very torrential and magnificent and attracts many onlookers.

It had been recorded in detail since the Han Dynasty (206 BC-220). Many famous ancient poets, like Su Shi in the Song Dynasty (960-1279), wrote about the grand occasion in their poems.

Today, watching the tide on the Qiantang River is still a characteristic event for the festival.

On the night of the Mid-Autumn Festival, the sky is clear as water, and the moon is full and bright like a mirror. People usually make colorful lanterns to decorate the beautiful night.

They make the lanterns in different shapes to be hung on trees or houses, or floated on rivers. Park personnel will hang up colorful lanterns, which provide a beautiful scene at night.

They also make Kongming lanterns, which can fly because the burning candles heat the air in the lantern. Children write good wishes on the lanterns and let them fly up into the sky.

In some places, burning pagodas during the Mid-Autumn Festival is another tradition.

When night falls, people gather together in an empty place, and pick up broken bricks and tiles to pile up several pagodas, large and small. The pagodas are hollow and are stuffed with firewood.

When all the pagodas are built up, someone will shout, "Ignite the fire!" Then, the firewood in the pagodas is lit, and the red flames rise and sparks explode, through which people express the joy of harvest in autumn.

The clay rabbit is a traditional handicraft in Beijing at Mid-Autumn Festival. Based on an image of of the Jade Rabbit from the story of Chang'e in the Moon Palace, a clay rabbit is personalized and made in an artistic form.

Some people imitate opera characters and carve the rabbit in a stylized way, such as a warrior with a golden helmet and armor, riding lions, elephants and other beasts of prey, or some riding peacocks, cranes and other birds.

The rabbit figure once was an offering to worship the moon, but later, it became a popular children's toy.

Among the Dong ethnic group in Central China's Hunan province, it is the custom for young ladies to steal vegetables on Mid-Autumn Festival night.

There is a legend that during the Mid-Autumn Festival, the fairy in the Moon Palace will go down to the human world to spread sweet dew on the vegetables. Whoever eats vegetables with sweet dew on this night will be healthy and happy.

Also, women and girls express their adoration to their favorite young men by this way.

People believe that eating river snails in the Mid-Autumn Festival can make the eyes clear. River snails are rich in vitamin A, which is an important substance in visual pigments.

Around the festival, there are no small river snails in the abdomens of larger river snails. Therefore, their meat is especially fat and delicious. It is the best time to eat river snails.

Nowadays, many families in Guangzhou eat fried river snails during the festival.

Osmanthus flowers open and spread a sweet scent in autumn. Osmanthus-flavored wine is a gift during this season.

People gather together to appreciate the moon in which Wu Gang, who chases Chang'e, is cutting a sweet-scented osmanthus tree outside the Moon Palace, according to a legend. They drink the sweet osmanthus-flavored wine to echo the festival atmosphere.

This is because many in the post-80s and 90s generations are working and studying in other cities and some of them have many pressures in life.

However, if they had chance, they would come back home to have a reunion dinner with their families.