Imperial cuisine, an indispensable part of Beijing cuisine, was served mainly to the imperial family. Originated from the Emperor's Kitchen, the cuisine distinguished itself from other Chinese cuisines through its elaborate cooking methods and the strict selection of raw materials, which are often extremely expensive and can't be acquired today. After years of development, we can still find the bygone cuisine in Beijing's restaurants. Originated in 1925, Fangshan Restaurant got its fame in 1956 for Manchu Han Imperial Feast, one of the grandest meals ever documented in Chinese cuisine. Dishes of Fangshan Restaurant are all exquisite in shape and color. They inherit the features of royal cuisine in the Qing Dynasty—clean, fresh, crisp and tender. Royal snacks, such as Sesame Cake with Minced Pork, Wotou (Steamed Corn Bun), Pea Flour Cake, etc are served here. Besides, well-known specialties such as Crispy Shrimp with Sweet Sauce, Steamed Tofu Stuffed with Vegetables, Steamed Crabs and Shark's Fins, and Boiled Duck Webs are developed according to the archives of Emperors' Kitchen in the Qing Dynasty. 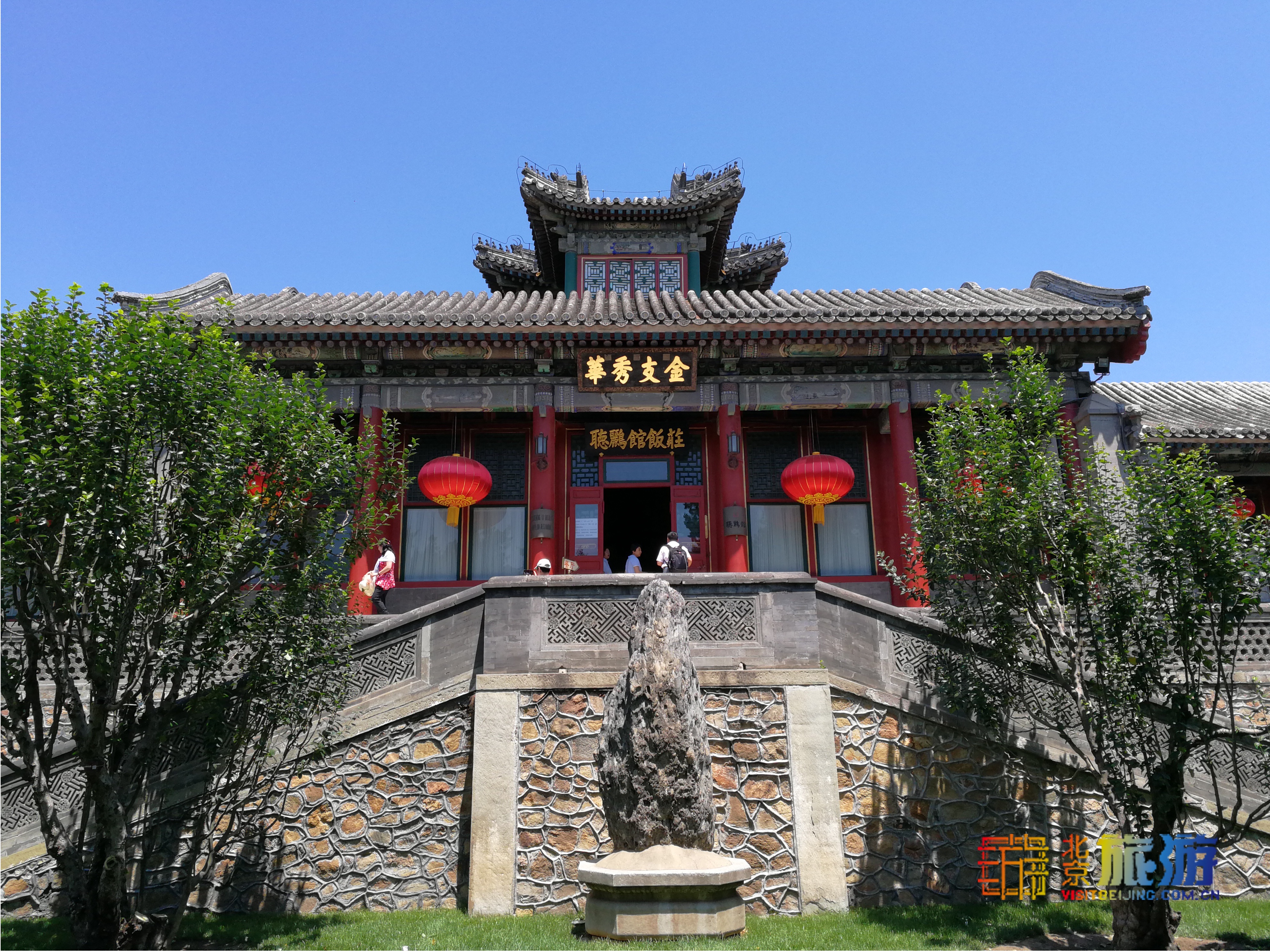 Located at the southwest foot of Longevity Hill, Tingliguan (Oriole-Listening Hall) is one of the 13 major buildings in the Summer Palace. Its name is derived from a metaphor comparing the beautiful voices of the Peking opera performers to the singing of oriole birds.

Address: west of the Tower of Buddhist Incense, inside the Summer Palace, Haidian District 海淀区颐和园公园内佛香阁西侧 With fresh ingredients and spicy sauce, Yiyuan overlord chicken (boiled chicken) tastes tender with cold noodles and side dishes. Eight ye roast duck, the most popular dish in the Hua’s Restaurant, tasting crispy outside and tender inside, is no inferior to Quanjude roast duck. The most remarkable is the creative way to eat. As a veritable fine imperial cuisine, the lion’s head (braised meat ball in brown sauce) is large in size and tasty, juicy in taste. Imperial dishes are always delicate and exquisite no matter in garnish, styling and mouthfeel, and small cakes and pastries are no exception to that. It is no doubt that Beijing eight pieces (Beijing-style cakes and pastries), as above, are impressive enough. At Imperial Cuisine Museum, visitors can have a veiw of of more than 1,000 precious historical items of food utensils and documents, reproducing an almost complete and vivid Chinese history of imperia regimen and vividly showing the essence of Chinese food culture, the imperial cuisine, through high-tech means. At its taste and experience area, visitors can have a taste of these imperial dishes while try to make them in person. 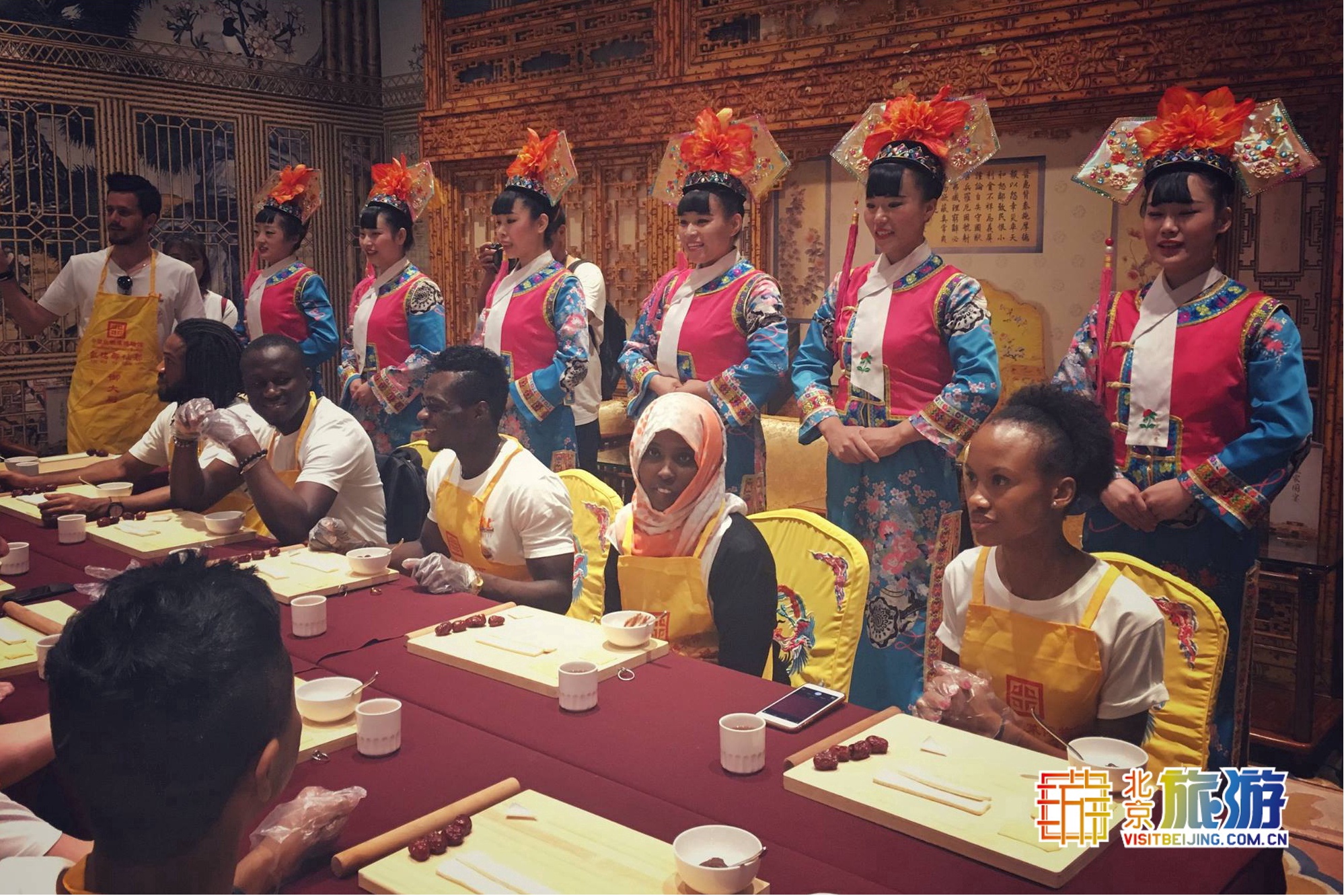