Little New Year (Chinese: Xiaonian), usually a week before the lunar New Year, falls on Jan 14 this year. It is also known as the Festival of the Kitchen God, the deity who oversees the moral character of each household. 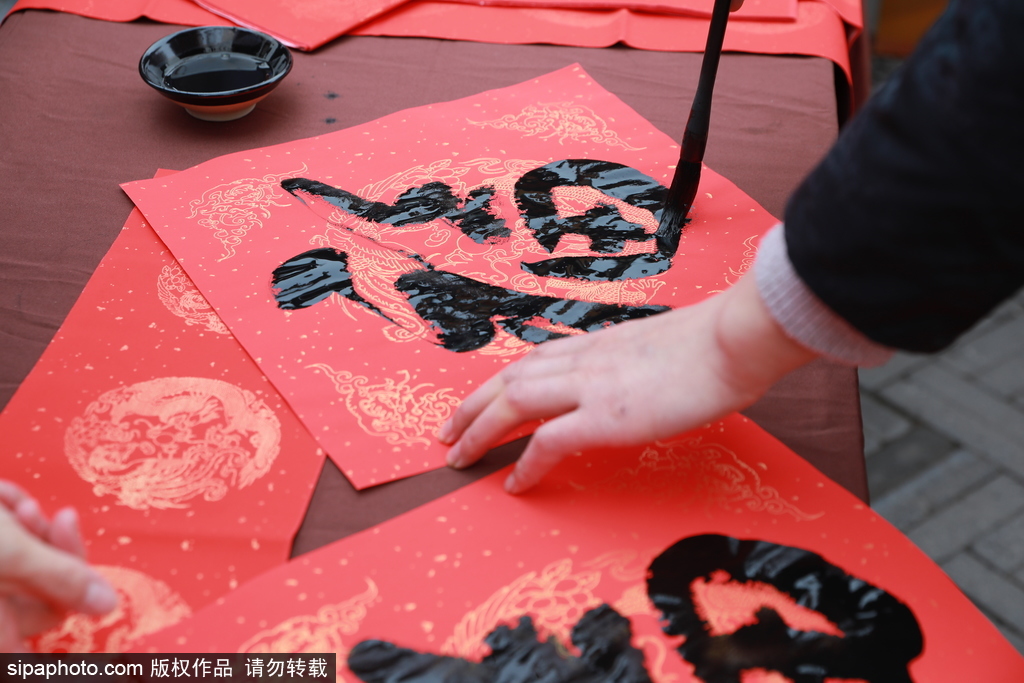 Here are six things you should know about the Little New Year, another sign of the start of spring.

In one of the most distinctive traditions of the Little New Year is the burning of a paper image of the Kitchen God, dispatching the god's spirit to Heaven to report on the family's conduct over the past year. The Kitchen God is then welcomed back to the home through the pasting of a new paper image of him beside the stove. From this vantage point, the Kitchen God will oversee and protect the household for another year.

The offerings to the Kitchen God include pig's head, fish, sweet bean paste, melons, fruit, boiled dumplings, barley sugar, and Guandong candy, a sticky treat made out of glutinous millet and sprouted wheat.

Most of the offerings are sweets of various varieties. It is thought that this will seal the Kitchen God's mouth and encourage him to only say good things about the family when he ascends to heaven to make his report. The Kitchen God will be invited to sit in a sedan chair for his trip to heaven.

Consequently, the day before Little New Year, the streets and alleyways are filled with vendors selling papier-mâché sedan chairs and paper gold and silver ingots for the Kitchen God's journey. There are even songs in his honor.

Although very few families still make offerings to the Kitchen God on this day, many traditional holiday activities are still very popular.

Between Laba Festival, on the eighth day of the last lunar month, and Little New Year, on the twenty-third day, families throughout China undertake a thorough house cleaning, sweeping out the old in preparation for the New Year.

According to Chinese folk beliefs, during the last month of the year ghosts and deities must choose either to return to Heaven or stay on Earth. It is believed that in order to ensure the ghosts and deities' timely departure people must thoroughly clean themselves and their dwellings, down to every last drawer and cupboard.

Guandong candy, a sticky treat made out of glutinous millet and sprouted wheat, is a traditional snack that Chinese people eat on the Festival of the Kitchen God.

In the Little New Year, old couplets and paper-cuts from the previous Spring Festival are taken down, and new window decorations, New Year's posters, and auspicious decorations are pasted up.

As the old Chinese saying goes, whether they're rich or poor, people often have a haircut before the Spring Festival. The activity of taking bath and haircut is often taken on the Little New Year.

People start to stock up necessary provisions for the Spring Festival since the Little New Year. Everything needed to make offerings to the ancestors, entertain guests, and feed the family over the long holiday must be purchased in advance.

Before setting out to the market, a Spring Festival shopping list must be made, including items such as meat, poultry and eggs, fruit and vegetables, rice and flour, cigarettes, alcohol, sugar, and tea, red paper, images of celestial horses and the Kitchen God. Incense and candles, snacks, new calendars, and toys must also be purchased. Not to be forgotten are new clothes for children and firecrackers to welcome in the New Year.

After Spring Festival provisions have been brought home, it's time to make further preparations for the holiday. These preparations may include preparing meat, packing blood sausages, making tofu, steaming New Year's sticky rice cakes, and making fried bread. This must all be done in advance, since no cooking may be done from New Year's Eve until well into the first month of the New Year.