As the cooler weather and strong sense of autumn is approaching, it is the best time to visit the former residences of celebrities scattered in the streets and alleys, to meet time and feel the humanities history of old Beijing.

Ji XiaoLan's Former Residence is located in the West Street of Zhusikou, which is a municipal cultural relics protection unit and a patriotism education base of Beijing. It was originally the residence of Yue Zhongqi, which was the twenty-first generation grandson of Yue Fei, a powerful minister in Yongzheng period, the governor of Shaanxi and Gansu, and Minister of War. 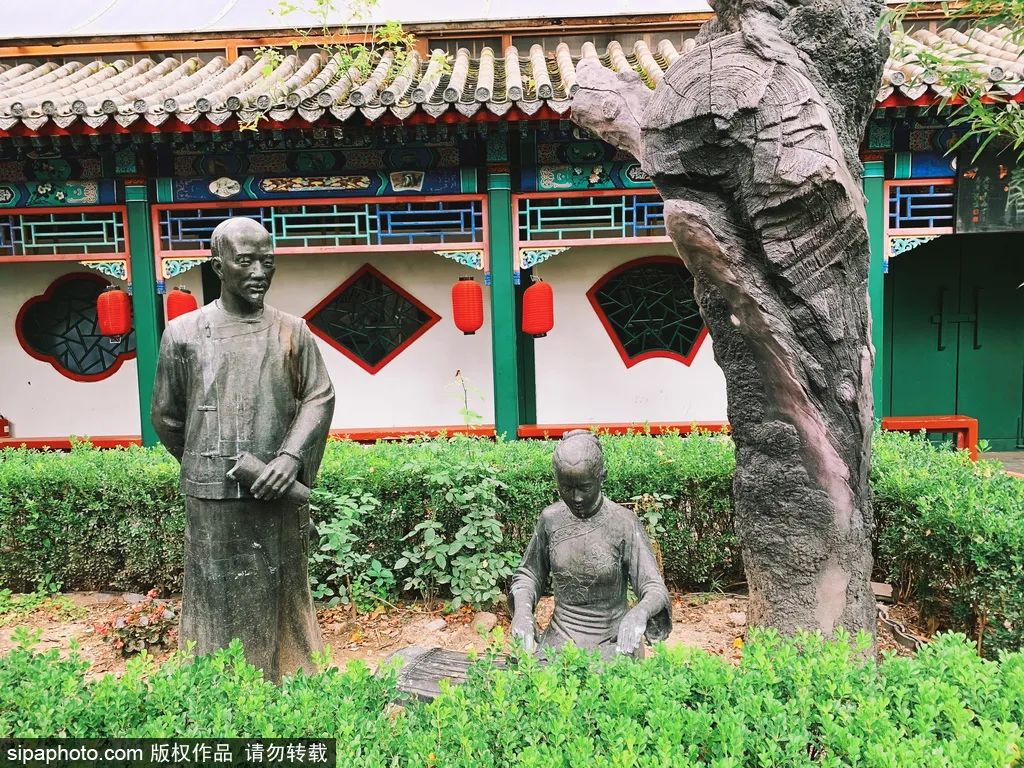 The whole building was originally set up in five rows and five entrances, but now it is a quadrangle courtyard with two entrances, covering an area of 570 square meters. There is a wisteria plant in front of the door, two begonias in the courtyard, and the plaque “The Old Site of Yuewei Thatched Cottage” written by Qigong hung inside the memorial hall. The hall displays the Complete Library in the Four Branches of Literature, the Genealogy of Mr. Ji in Jingcheng City, the Commentary on the Literary Mind and the Carving of Dragons, Collected Works of Lord Wenda, Notes of the Thatched Abode of Close Observations, and precious artifacts donated by Ji Xiaolan’s descendants.

Tickets: 10 yuan for adults, half-price discount for student and children over 1.2m 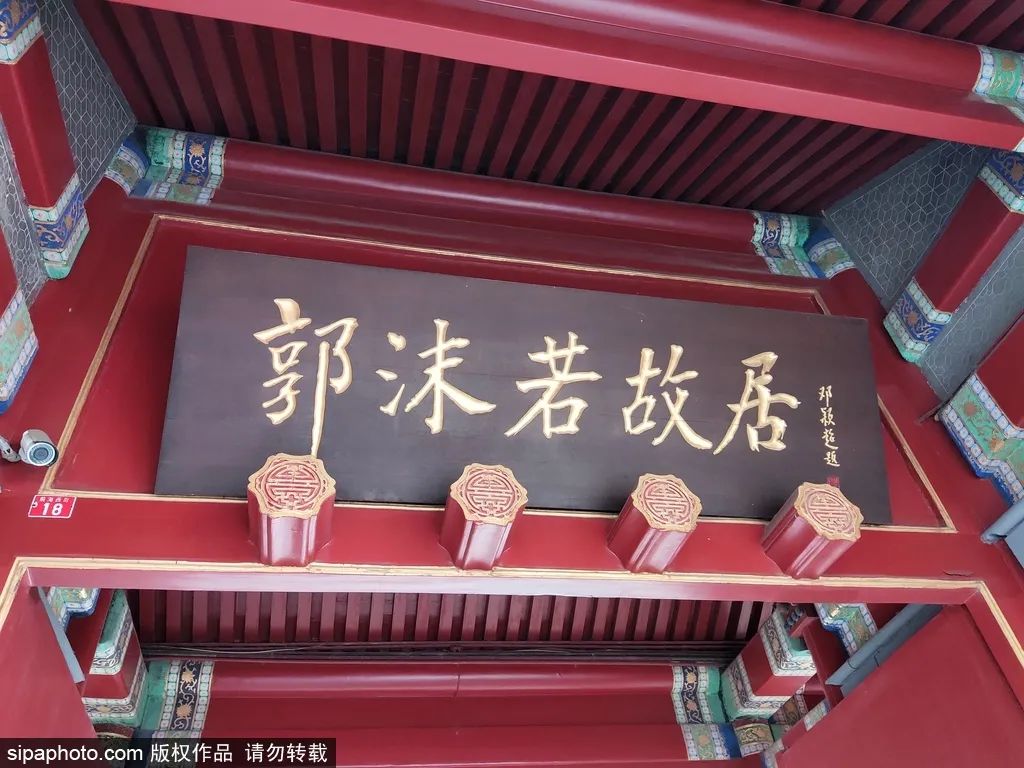 Guo Moruo Memorial Hall was originally Guo Moruo’s residence and his office when he served as the president of the Chinese Academy of Sciences. In 1963, Guo moved and lived here until his death in 1978. He worked and lived here for fifteen years, and wrote more than one million words of academic treatises and poems.

The residence still retains the furnishings of Guo Moruo before his death. The four exhibition rooms within the building display manuscripts, books, rubbings, calligraphy, paintings, letters, daily necessities and other cultural relics collected by Mr. Guo during his lifetime.

The Mei Lanfang Memorial Museum is a typical Beijing courtyard. It was originally part of the residence of Prince Qing Mansion in the late Qing Dynasty, covering an area of more than 1,000 square meters. Mr. Mei Lanfang spent the last ten years of his life here.

On the vermilion gate hangs a plaque “Mei Lanfang Memorial Museum” inscribed by Deng Xiaoping himself. Entering into it, a bust sculpture of Mei Lanfang is placed among the bamboo grove in front of the bluestone screen wall. There are two persimmon trees and two begonia trees in the courtyard, taking the meaning of “peace in all things”.

The museum has two parts. The main courtyard preserves the original appearance of the former residence, and all furnishings in the reception room, study, bedroom and living room are displayed in accordance with the original state of Mei Lanfang before his death. The east and west exhibition rooms are served as thematic exhibitions, which are updated from time to time. The exhibition room of the outer courtyard introduces the artistic and social activities throughout his life with a large number of precious pictures. 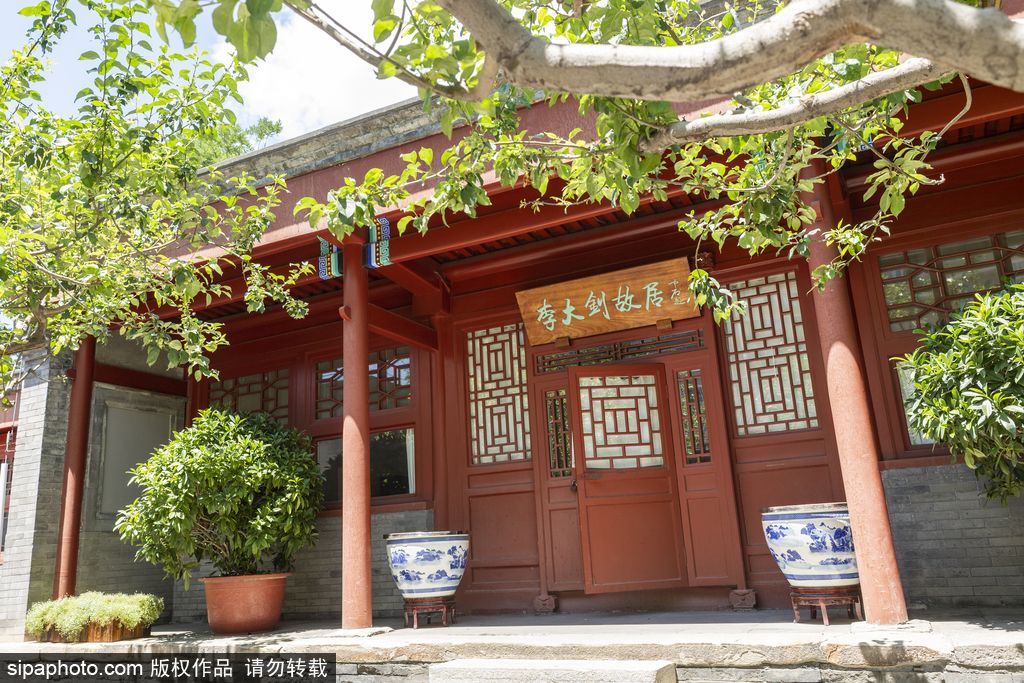 On the south of the bustling West Chang’an Street and at No. 24 Wenhua Hutong of the New Culture Street Style Protection Zone, there is an inverted triangular courtyard covering an area of about 550 square meters, facing the Cultural Palace of the Nationalities on the north of Chang’an Street. This is an ordinary residential building, once known as No. 35, the back house of Shi emperor’s son-in-law. The courtyard is simple and quiet, with a solemn and dignified bronze bust of Li Dazhao standing on the west side. This is the former residence of Li Dazhao.

Opening the door of the central room on the north side, the first thing that catches your eyes is the typical layout of ordinary people in old Beijing at that time: facing the door was a square table with a chair on each side, a feather duster vase at each end of the long narrow table against the north wall, an old-fashioned desk clock in the middle, and a central scroll hung above the altar table. A famous couplet is hung on both sides of the painting – “The strong shoulder carries the morality and justice, and the wise mind creates good article”.

Walking out of the main room, there are three west rooms on the right that serve as study and reception room. In addition to the desk, chair, bookshelf, writing brushes, ink sticks, paper and inkstones, on the desk are Lenin’s State and Revolution and Shinjiro Kitazawa’s Problems of Laborers, as well as papers to be written. There are also domestic and foreign newspapers and magazines such as Morning News and New Youth placed on the newspaper racks. This was once the conference room for the early activities of the Party organization, and Li received many famous people and progressive youths from home and abroad here.

Tip: The museum will be closed from September 16th to September 20th due to important events and exhibitions.

Tips from Beijing Municipal Bureau of Culture and Tourism: As the National Day holiday is approaching, we encourage citizens to celebrate the festival locally and reduce activities outside Beijing. If you do need to go out of Beijing, you should guard against the risk of epidemic during the journey, wear a mask throughout the travel, do your personal protection, and do not go to counties (cities, districts, banners) where there is an epidemic. The people entering and returning to Beijing will not gather, party or go to crowded places within 7 days after arrival, and should undergo nucleic acid testing as required. Citizens who want to enter various parks, scenic spots, attractions, libraries, art galleries, etc., please make an appointment in advance and visit at off-peak times.