On the evening of April 19th, Zhengyici Kunqu Theatrical House, a Century-old Theater, reopened. Located at No. 220, Qianmen Xiheyan Street, Dashilar Street, Xicheng District, Zhengyici is the oldest preserved pure wood-structured theater in China and enjoys the reputation of "living fossil of Chinese opera". After three years of renovation of the Northern Kunqu Opera Theatre, Zhengyici has restored its architectural features and historical texture. The Kunqu opera "Blessing of Heavenly Gods" and "The Peony Pavilion" tailored for the opera house debuted as the opening celebration play, reproducing the kunqu opera, the "ancestor of a hundred plays", and the 350-year-old Zhengyici building. The Municipal Bureau of Culture and Tourism will better play the cultural role of the central axis in the new way of " House with Drama ", show the development trend of integration, build the Zhengyici into a new performing arts space of "exquisitely small", "elegantly small" and "attractively small", and create a cultural brand of "House with Drama". 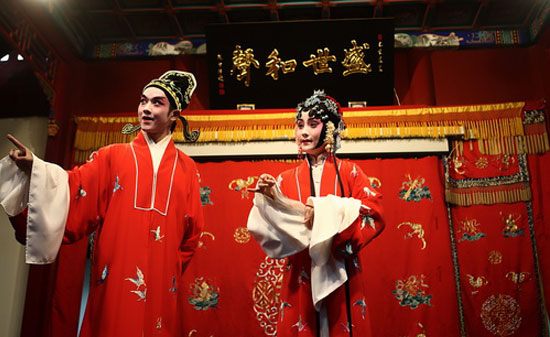