The Hall has always been a place where "drama" takes place. After the cultural performance into the Hall, there will be big plays and accents here, preserving the sense of history, but also a sense of fashion, small but beautiful, small but elegant. 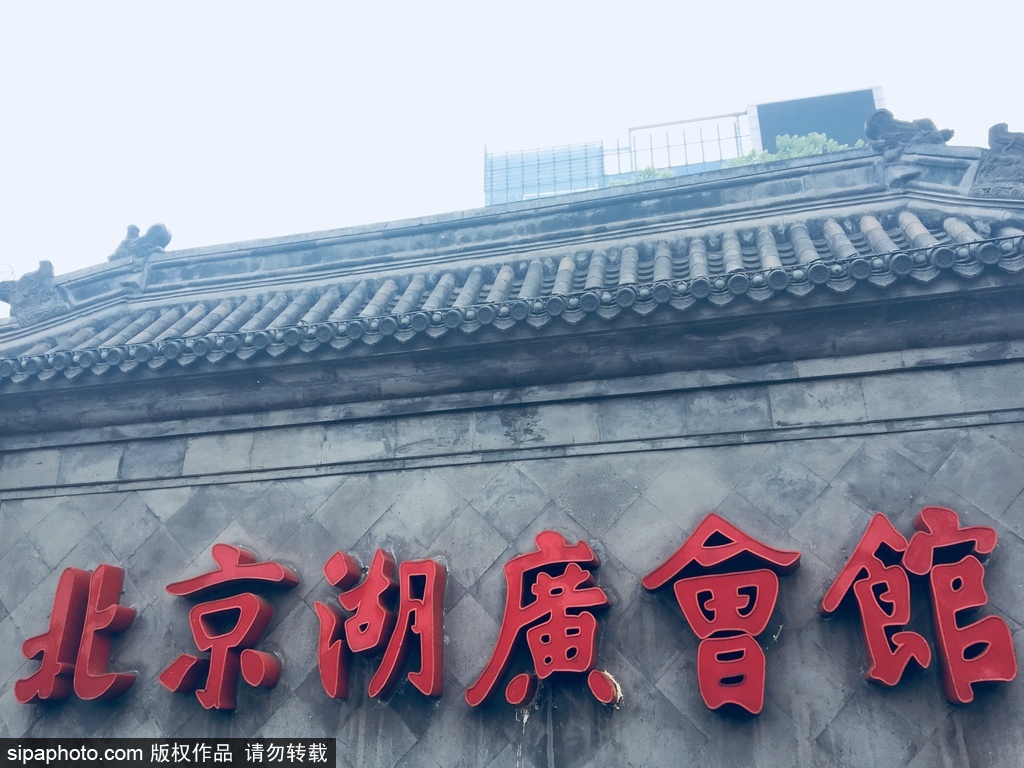 The Huguang Hall is located in the southwest of Hufang Bridge, which was built by people from Hubei and Hunan provinces for the purpose of liaising with each other. In the Ming Dynasty, Hubei and Hunan provinces were under the jurisdiction of Huguang Province, and in the Qing Dynasty, it was divided into two provinces, Hubei and Hunan. Huguang Hall was built in the Ming Wanli years, when the chief cabinet minister Zhang Juzheng donated his private residence to build the Chu Hall, the Qing Jiaqing 12 years (1807) by the left deputy imperial historian Liu Yunfang initiative to rebuild the Huguang Hall, Daoguang 10 years (1830) to raise funds to rebuild, Daoguang 29 years (1849) right minister of the Ministry of Rites Zeng Guofan and again presided over the expansion, Tongzhi 9 years (1870) has been promoted to the governor of Zhili Zeng Guofan On August 25, 1912, the Alliance held a ceremony to welcome Sun Yat-sen and held the founding convention of the Kuomintang at the Hall.

The front part of the Huguang Hall has a theater building, which was once known as one of the top ten wooden theater buildings in the world. In the middle part is Wenchang Pavilion, dedicated to Wenchang Emperor, who is the secretary of the Wen Luck; there is Xiangxian Ancestral Hall, dedicated to all the sages of Chu; in front of the steps of Xiangxian Ancestral Hall there is a well "the well is sweet when it is drawn at the second hour of the day, but not at the rest of the day", so it is called Ziwu Well. The back part is for the meeting of Baoshantang, for the banquet of Chuwan Hall and the meeting of the guests of the wind and rain Huairen Hall, the north built a garden, the whole hall area of 4700 square meters, the scale is magnificent, known as Xuannan mansion. The Huguang Hall now has a theater stage, a gatehouse and some ancillary group rooms, which were restored in 1996 according to the original appearance and opened as the Beijing Opera Museum. 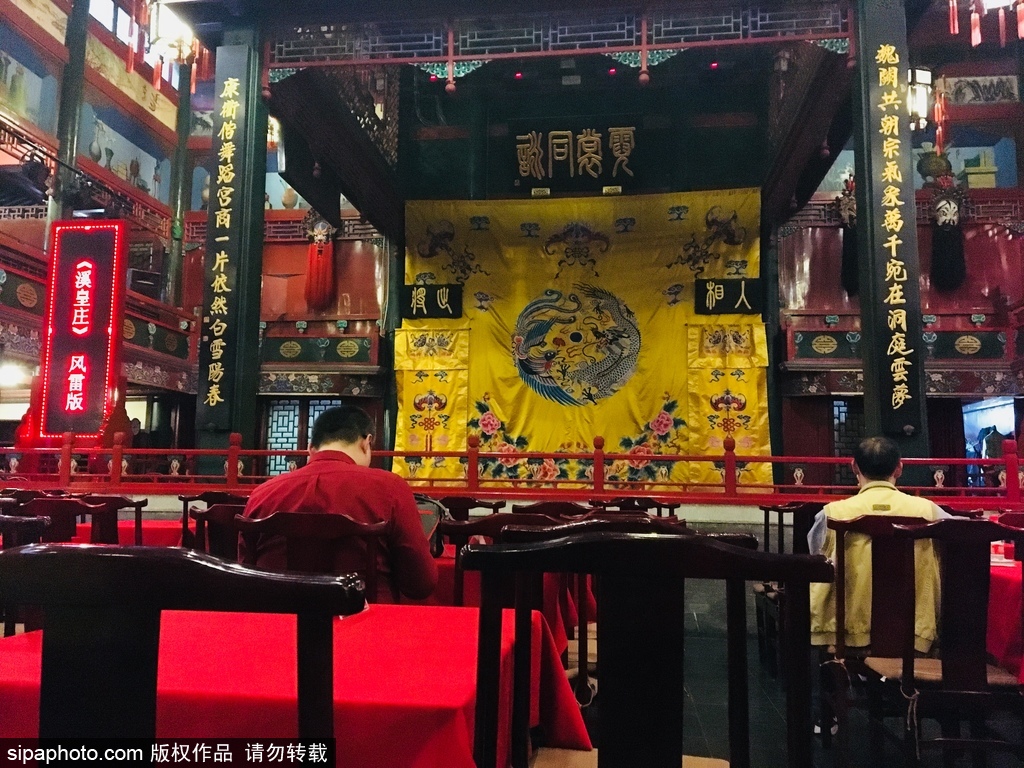 From September 29, 2021, a series of performances will be launched at the former site of the Huguang Hall in Xicheng and the former site of the Pigment Hall in Dongcheng, and will also be extended to several other former sites of the Hall in the city to continuously build the cultural brand of "Hall with Opera". Huguang Hall "performance area" where the theater building, history, many famous actors have been on stage here, such as Tan Xinpei, Mei Lanfang, etc.. The series of performances of "Huguang Hall with Opera" takes "Huguang culture" as the theme clue, brings together high-quality opera performance resources in Beijing, focuses on the relationship between Huguang Hall and opera, and explores the fashionable context of traditional opera expression. 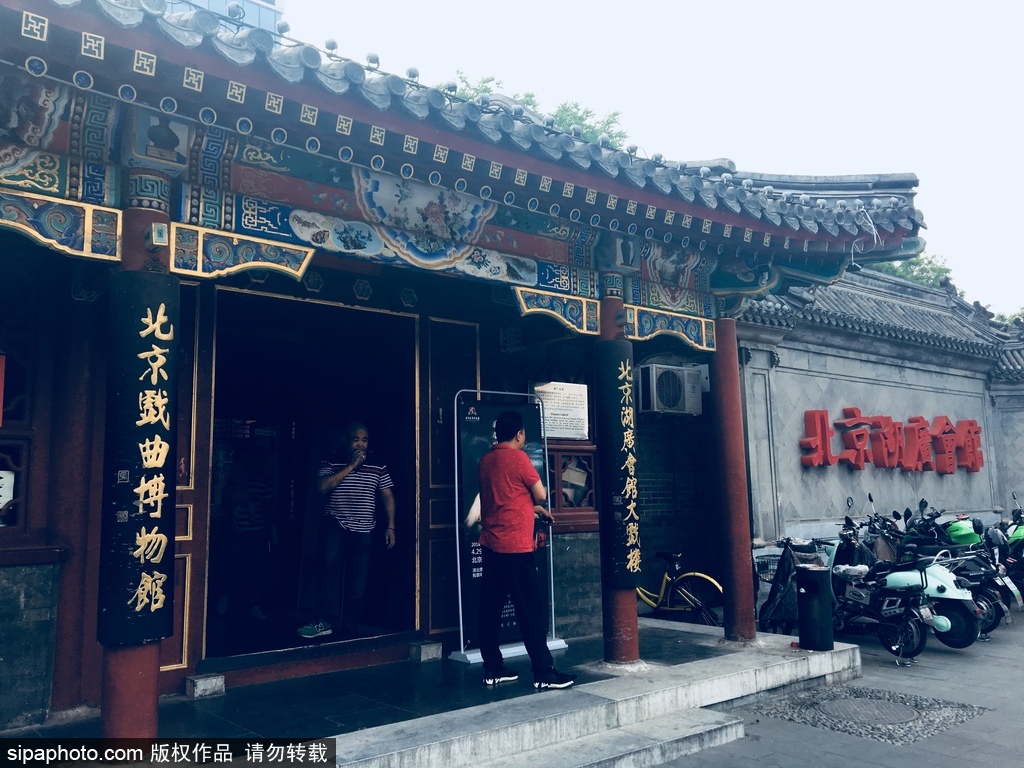 The restoration of the Beijing Huguang Hall is currently underway and is expected to be completed by the end of 2022, when the Hall will be transformed into a regional living museum. 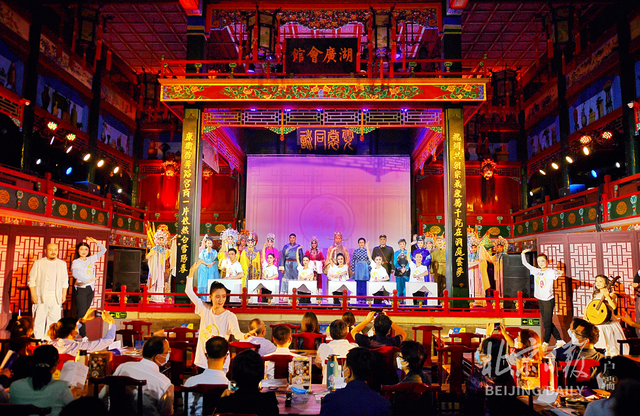 After the renovation, the Huguang Hall will be transformed into a regional living museum, which will be equal to the culture of the hall, opera culture, experience and study. And will try to use more technological means of digital construction, to create innovative content of the Hall. At the same time, the restored Huguang Hall will also be opened in the reading space, through the online and offline forms, display in-depth content and information retrieval, etc.

Tips: during the epidemic, please consult in advance for specific performances.