To make a shuttlecock, a piece of cloth wrapped around a coin is needed, and then a punch of feather is inserted through the coin hole, which retards the rising and descending of the shuttlecock. 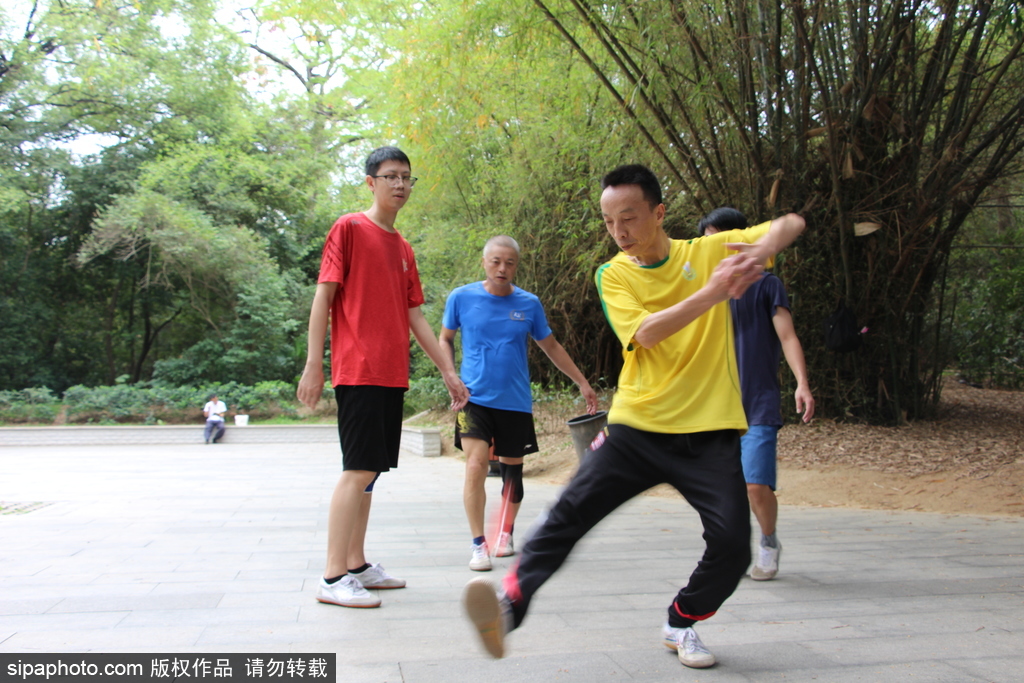 There are endless variations in terms of styles and methods of kicking - just as long as the shuttlecock remains in the air. With one leg fixed on the ground, the shuttlecock is kicked by the inner ankle of the other. Some other styles include kicking the shuttlecock back and forth between two people. Those who advance to a high level of mastery can perform some truly impressive feats. The challenge of the increasingly difficult levels of shuttlecock kicking has made it a popular and timeless game among the Chinese children. This game helps people strengthen their legs and enhance their concentration.