Built in 1421 by the Ming Yongle Emperor, Zhongshan Park was where the emperors of the Ming and Qing dynasties made offerings to the gods of earth and agriculture

A combined ticket for Tanghua Greenhouse and Huifang Garden: CNY 5;

During the Tulip Fair ( late March to mid-May) CNY 10.

The Zhongshan Park, on the west side of Tian’anmen Square, is adjacent to the Golden Water Bridge, the Forbidden City and the Zhongnanhai. The 23.8-hectare altar garden was built in honor of Sun Yat-sen. In 1988 it became an Important Heritage Site under State Protection. In the Tang Dynasty an ancient temple used to be built here, and in the Yuan Dynasty Wanshou Xingguo Temple used to stand here, The Altar of Land and Grain symbolizes imperial power and the harvest of the country, where emperors performed the national soil and grain ceremonies. There are other sacrificial architectures like the Five-colored Soil Altar, the Sacred Kitchen, the Sacred Warehouse and the Sacrifice-Butchering Pavilion, etc.

The Zhongshan Park was formerly known as the Zhongyang (Central) Park, being the first public garden in Beijing. With convenient location and picturesque scenery, it was the most popular tourist attraction in Beijing and a meeting place of all ranks of society and communities. Even literary and cultural celebrities at the time like Li Dazhao, Ba Jin and Lu Xun gathered here to sip tea. In 1925, Dr. Sun Yat-sen passed away. The park kept his coffin before the burial and hosted a public memorial ceremony. To commemorate the founding father of the Republic of China, the park changed its name into Zhongshan Park. Later, a waterside pavilion, Pine and Cypress Pavilion, Aphorism Pavilion and Conservatory of Flowers were built, followed by Yu Garden and Laijin Rain Pavilion constructed after the founding of PRC.

Tulips in the Zhongshan Park were gifts from the Queen of the Netherlands at the time. After the tending generations of gardeners they still blossom unfailingly every year. It is best to appreciate tulips here from April to June, which makes the park an obligatory destination for flower enthusiasts during spring. On parkways, trails and tranquil gardens densely packed tulips blossom quietly. Its fragrance can be smelled a long way off.

Inside the park there are also orchids planted in the 1960s, the first group of plum blossoms in Beijing, as well as famous flower species like midget crabapples and peonies.

Altar of Land and Grain (Shejitan) Going forward to the center of Zhongshan Park you can see the main structure, the ancient Altar of Land and Grain (Shejitan). It was first built as a temple in the Tang Dynasty (618-907) and rebuilt as Xingguo Temple by the Liao (907-1125) and Yuan (1271-1368) Dynasties. In 1421 it was reconstructed as the Altar of Land and Grain (Shejitan) by Emperor Zhu Di of the Ming Dynasty. It is a three-level square terrace built of white marble. The upper platform of the altar is paved by soil in five colors, so it is also called the Five-Color Soil Altar. It is a symbol of both imperial power and good harvests. 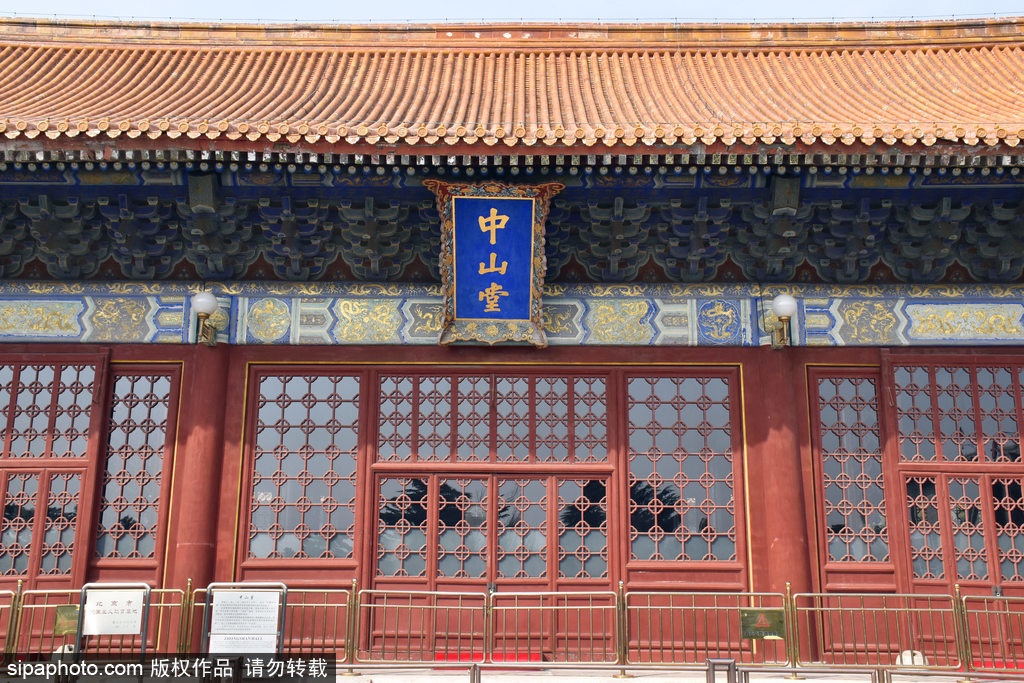 Passing through the Altar of Land and Grain (Shejitan) and heading due north, tourists come to Zhongshan Hall, which was originally named the Worship Hall, where emperors worshiped, when there is bad weather. The coffin of Dr. Sun Yat-sen was once placed there, which is why it is now called Zhongshan Hall. It is believed to be the most intact building of the Ming Dynasty.

To the southeast of Zhongshan Hall lies the Forbidden City Concert Hall. It was built in 1942 and now covers an area of more than 4,000 square meters (4,783 square yards). It is a modern multi-functional and international level theater with both Chinese and Western characteristics. It is also an ideal place to appreciate classical music. 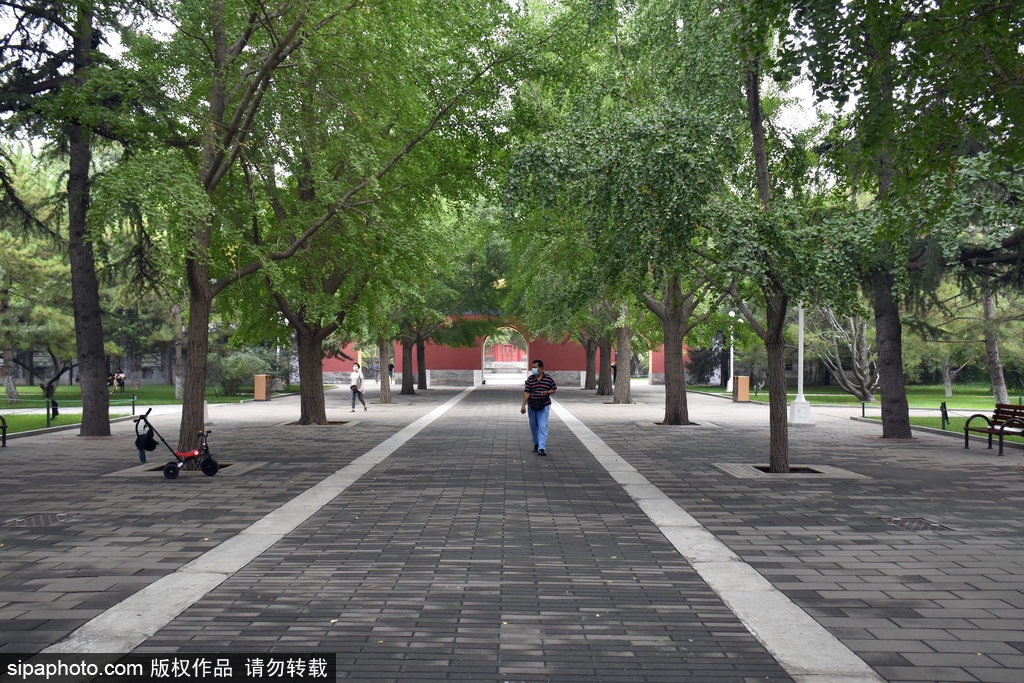 Zhongshan Park also houses other beautiful spots, which create a quiet and beautiful environment. The attractive Evergreen Garden accommodates rockeries, flowerbeds, potted landscapes etc. Tanghua Greenhouse is a hothouse for cultivating flowers, where various rare flowers can be seen. Huifang Garden provides a place for an orchid fair, which attracts many tourists.

There are ancient cypresses flourishing in Zhongshan Park, most of which were planted in the Ming Dynasty. Seven of the cypresses are said to have been planted during the Liao Dynasty. They have a history of more than 1,000 years. Tall and straight, they can almost not be embraced by three or four people. There is also an amazing sight of a couple tree: a locust tree and a cypress entwined with luxuriant foliage.

How to get to Zhongshan Park

1. Take Subway Line 1 and get off at the Tiananmen West Station. Walk east for 5 minutes to the south of the park.