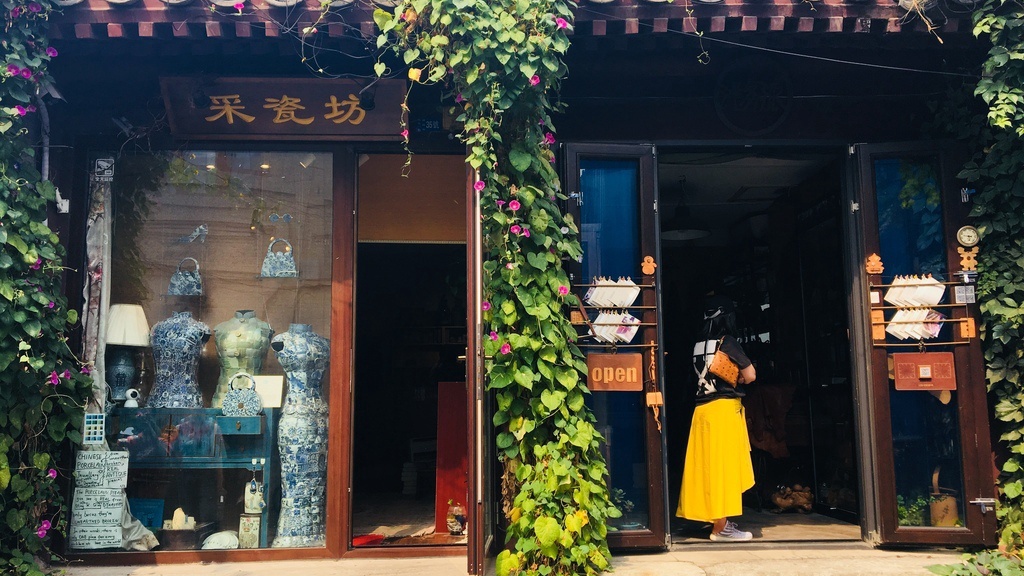 One of four byways in Qianmen area, Yangmeizhu Xiejie is a hutong connecting Dashilan and Liulichang Street, two popular tourist attractions  in very heart of Beijing. The hutong is only about 496 meters featuring boutique houses and stores.

It has a long history for it originally built in the Ming Dynasty.In late Qing Dynasty, the street renamed 杨梅竹, (literally means aspen plum and bamboo) whose pronunciation is same as matchmaker Yang in Chinese. It was then turned into a bevy of famous publishing bureau during the Qing Dynasty and the Republic of China era. Also, many entertainment venues such as theatres and stages were situated in the small alley. Qingyunge, once the most famous mall in late Qing dynasty, still stands in the byway.

The mixture of vintage and avant-garde, that’s the difference between the street and the other not-so-cool hutongs. Many independent studios and shops settled in this street. It can be considered that the short alley will bring you a lot surprises once you stroll