Zhu Rong - the God of Fire 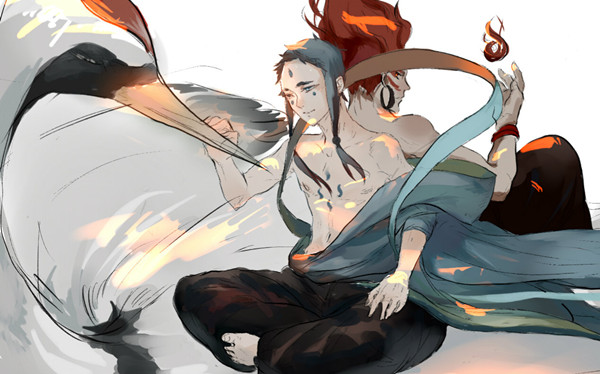 Zhu Rong is the God of Fire in ancient Chinese mythology. He's believed to live in the Bright Place of Kunlun Mountain. It is said that he sent the kindling from heaven, and taught human beings how to use fire.

According to some legends, Zhu Rong was an official in charge of fire under the Yellow Emperor. He was the son of a tribal leader. As a child, he was named Li. Born with a red face, he was big, tall and very smart. But he had an innately hot temper. At that time, Suiren discovered the method of making fire by drilling wood, but didn't know much about keeping and utilizing fire. Li had a special bond with fire and he became an expert in fire managing. Whenever he got fire, he could keep it for a long time. Li was capable of using fire for cooking, heating, lighting, driving beasts and insects away. So the later generations honored him as the God of Fire.