Legend of the Dragon beneath Beijing

Being the capital of the Yuan Dynasty, Ming Dynasty, Qing Dynasty, and China, Beijing has a “dragon vein”, 龙脉, an important feng shui phenomenon that can affect the fate of a nation. According to a more local legend, Beijing doesn’t just run on “dragon blood”, there is a whole dragon imprisoned underneath the capital city’s ground. The door to its prison is located in downtown Beijing, near the lantern-stringed restaurant street Gui Jie (簋街) and the Line 5 subway station Beixinqiao (北新桥). 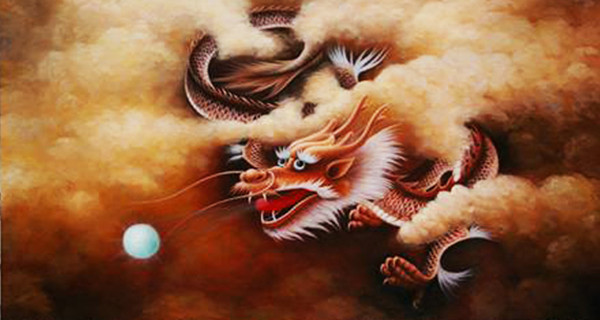 The prison door is, in fact, a well, and the dragon imprisoned down below by large chains. If you wonder how it’d be possible for a dragon to fit into a well, aside from there being a dragon in the first place, the “eye of the ocean” solves the size issue. The well is in fact an “eye of the ocean” (海眼), a term that refers to a seemingly endless water hole in the ground that reaches deep into the earth , believed to reach into the depth of the sea and the eye of the ocean on land.

According to legend, the dragon has been chained underground since the founding of Ming dynasty when the city of Beijing was built. Liu Ji, a legendary figure with insurmountable knowledge in the mystics , poetry, and strategizing among others, is rumored to be the person who identified the “eye of the ocean” as well as the dragon. The ancient dragon (in some versions a dragon family) had occupied the land of Beijing long before they arrived to set up capital, and was infuriated at the intrusion of his home. He vowed to use his powers to flood the whole city (contrary to Western fire-breathing dragons, Chinese dragons command water and rainfall). Anticipating the dragon’s revenge, Liu Ji asked another legendary figure Yao Guangxiao to defend the city they built while he was gone.

Finally, Liu Ji left Beijing to return to the emperor. With the only person he feared gone, the ancient dragon teamed together with his son. Together, they commanded water to flood out of the “eyes of the sea”. Beijing was on the brink of destruction. Yao rushed over to fight the dragons, yet he could not defend against the two dragons’ attacks. Luckily, the Song Dynasty general Yue Fei came to his aid and joined the fight. In the end, they defeated both dragons. Yao chained the father into an “eye of the sea” at Beixinqiao, and the son into an “eye of the sea” at Chongwenmen.

Imprisoned in the well, the ancient dragon inquired Yao when he would be released. Yao promised to let him out when the bridge becomes old. Thus, the place is named “Beixinqiao” (North New Bridge) so it would never age. A temple of Yue Fei was also established to guard the well. As for the younger dragon, Yao told him he would come out when he hears the sounds dian, an ancient copper instrument that announced the opening and closing of the gate. However, from then on, Chongwenmen became the only gate to not sound off dian but instead a bell, so that the dragon won’t ever see the light of day.