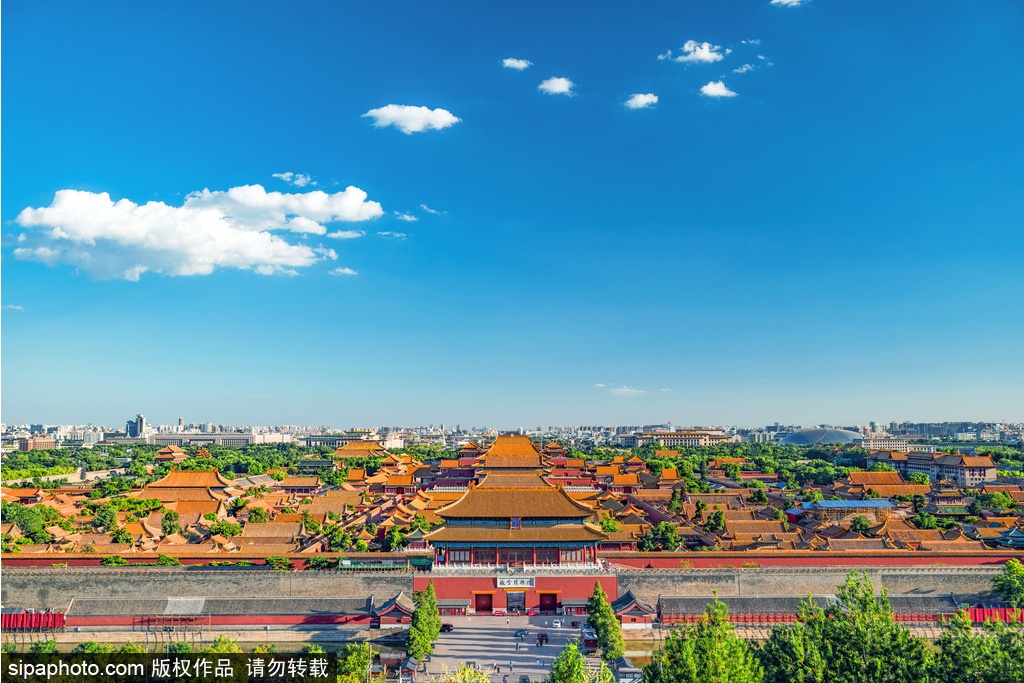 Behind Shenwumen (Gate of Divine Might) stands Jingshan which used to be imperial garden during the Ming and Qing Dynasties. Jingshan sits at the very center of Beijing’s Inner City and plays an important role in this city’s urban layout. To the south of it lies the central area of the Imperial City and the Forbidden City where red walls and golden tiles meet the eye, presenting a majestic and grand vibe; to the north of it spreads the northern area of the Imperial City where sits Inner Court Yamen with its buildings painted almost all gray. Although all of them are situated within the Imperial City, the buildings vary in shape and cultural implication.